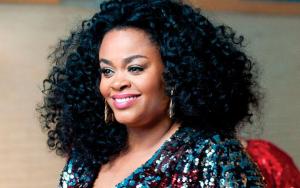 Jill Scott is an American singer and actress. She was seen in the movies like, Why Did I Get Married and also in the series, The Number 1 Ladies’ Detective Agency. She got married to her longtime boyfriend, Lyzel Williams in 2001. They dated for seven years before their marriage. They lived as husband and wife for six years and got separated, in 2007. In 2008, she kissed her drummer, John Roberts, on the stage and told the audience that they were engaged. She has a son with him and in 2009, Jill announced that she was no longer engaged to Roberts. Some sources indicate that she got married to Roberts, but, some deny that.

After her divorce from Lyzel, she said that she learned a lot of things about the relationship because of the separation and also said that she was open to remarry. She said that one of the reasons for the separation was that Lyzel stopped eating what she cooked. He used to get angry for a lot of reasons and would show it on the food, by not eating. When he leaves the plate untouched, it used to be a smack on her face.

Her separation from John was not a surprise. He already has three kids with three different women and she should have seen it coming. He left her, just a few weeks after the child was born. However, Jill said that when the baby was born there were a lot of emotional problems and one let to the other, even before she realized, her wedding was called off. She said that John was not able to handle her post birth mood swings. She announced to the public that Robert would be by her side to take care of the child, but, it turned out to be a lie. He never showed up for his child and she had to do everything by herself.

There were no known affair or other problems that caused the separation.  However, one source confirms that he moved in with his ex-girlfriend. John never commented on what went wrong in the relationship and why he was never there for the kid. Lyzel also never talked about his relationship with her and why they got separated.

The dating life of Lyzel is not known to the public. He seems to keep a low profile when it comes to his dating life. It was said that he is still single, but, there are no evidence. Jill is single, as of now. She in not ready to jump into another relationship and hurt herself again. A source near to her, said that she is not into dating, as of now.

FAQ: How old is Jill Scott?