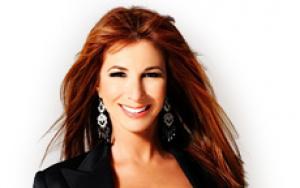 Stardom just sort of happened to Jill. Jill completed her education in Retail Management from Simmons College of retail. She began her career as an assistant buyer in a renowned store. After this, there was no stopping her. She rose through the ranks and eventually took the role of Vice President of the Jockey division in Great Knitting Mills.

However, the role that made her fame and fortune really skyrocket, was Bravo’s series “Real Housewives of New York City” (from now on referred to as RHONY). According to Zarin, her introduction to reality TV was a little unusual. During an interview Zarin recalled how she was asked to be on the show stating: “Hollywood called. There was a photo of Bobby, Ally, and me on a society website called newyorksocialdiary.com that a producer from a production company had seen. They literally called information at 411 (seems so archaic now!) and left a message on my answering machine asking if I was interested in doing a reality show based on “glamorous” Manhattan moms and their children. Who knew that when I said “yes” my life would change forever?”

Four seasons later – in other words last year – the star of the show was reportedly fired because her over-the-top diva behavior made her extremely difficult to work with. But, during an interview in 2014, Zarin discussed her leaving the show and stated: “Nobody will tell me the true answer. At the time, I was told that they thought the show had gone so dark that it couldn’t recover and that they needed to change the cast. I don’t think the fans agreed.”

Since then, Jill has made numerous appearances on television, including news broadcasts and various other shows, but still nothing that could bring her close to her previous glory. During an interview from Page Six, the red head from RHONY admitted that the show wasn’t healthy for her. “There are some things about it I miss, there’s a lot of things I can’t personally handle, it’s not healthy for me,” she said. However there were some rumors last year according to which Zarin got cast in a scripted series that would change her life. But since something like that never happened, we assume that it was just that…a rumor.

As far as Jill's personal life goes, it has been quite a mess. Sadly, Jill didn’t get lucky in love the first time, it actually took her two marriages. She was first married to a guy named Shapiro and they had a child. However, the marriage did not last long, predominantly due to her age – it’s not easy to settle down in your early 20’s, much less make a successful marriage for life. They were, however, married for nearly 10 years and were able to craft a mutual break up. The reasons of the divorce have not been made available to the public.