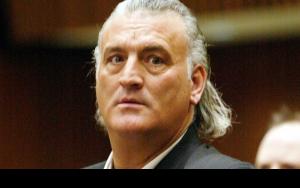 Who is Joey Buttafuoco?

Joey Buttafuoco is an auto body shop owner who was born on March 11, 1956, in Massapequa, New York, in the United States. He attended Massapequa high school before opening his own auto body shop business. He became known for his various crimes which include having sex with a minor named Amy Fisher who was dubbed the "Long Island Lolita". Buttafuoco was sentenced to four months in jail after pleading guilty to one count of statutory rape. The victim, Amy Fisher, went on to shoot Buttafuoco's wife, Mary Jo Buttafuoco, in the face. She went to the couple's home to confront Mary Jo about Joey and to expose their sexual relationship which began in 1991 after she brought her vehicle to Buttafuoco's auto repair shop. Mary Jo answered the door and a confrontation ensured, that is when Fisher shot her in the right side of her face with a .25 caliber semiautomatic handgun.

Mary Jo survived the shooting and identified Fisher as the person who had shot her. The case received widespread media attention, especially in local tabloids. Fisher was later identified as being manipulated into the shooting and Buttafuoco was indicted on 19 counts that included sodomy, and endangering the welfare of a child. He pleaded guilty and spent a total of four months and nine days in jail.

FAQ: How old is Joey Buttafuoco?

FAQ: What is Joey Buttafuoco networth in 2020?