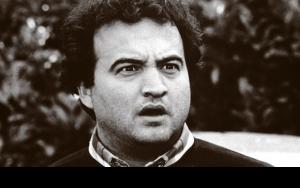 John Belushi was a well-known comedian who is renowned to us for his attitude and comedy performances.

John Adam Belushi was born in the year 1949 on January 24th. He was born in Chicago, United States. Belushi had spent his childhood days in poverty. His mother, Agnes Demetri and his father Adam Anastos Belushi, both were immigrants. Belushi was brought up in a suburban area named as Wheaton. He grew with his siblings, a sister Marian and two brothers Jim and Billy.

Despite the crisis in their financial condition, his parents tried to provide him and his siblings with all the possible needs and comforts. Belushi was sent to Wheaton Community High School. Belushi was very good in studies in comparison to his siblings. Thus, his parents always had a lot of expectations from him. He was very friendly and was thus, he was very popular among his friends. He also had the talent of making people laugh with his jokes. This was the reason his teachers loved him.

Belushi had a keen interest towards music of different genres. He also created his own music band in the year 1965 which included his four friends of his school life namely Michael Blasucci, Phil Special, Dick Blasucci and Tony Pavolonis. The name of their musical band was ‘the Ravens’. Belushi had an interest towards music as well as instruments. He used to play drums in the Ravens and together, they recorded ‘Listen to Me Now’. Everything went well but the song failed to gather much attention which resulted to the breakdown of the band. This incident affected Belushi and he decided to shift to Chicago where he also took an admission in the College of DuPage.

Belushi achieved success in his personal and professional life within a very short period but his sudden death on March 5th in the year 1982 in the Chateau Marmont Hotel at Bungalow 3, put an end to everything. At the age of only 33 years, he passed away due to overdose of drugs though later, it was found through the self-confession of one of his close friends Catherine Evelyn Smith that he had committed the act.

The breakdown of the Ravens affected Belushi so much that he decided not to move any further with music. Thus, he decided to sharpen his talent in comedy. When he went to Chicago, he started a comedy group with two other members Steve Beshekas and Tino Insana and named it as The West Compass Trio. Soon, he found success in this field and this fetched him the chance to join The Second City group which is one of the famous comedy group in Chicago. In 1976, John was one of the seven original cast members of the NBC sketch comedy show Saturday Night Live (SNL).

Buleshi did not restrict himself to comedies only and stepped into the film industry. He made several films such as Animal House, Old Boyfriends, Goin’ South. Amongst all, Animal House received the honour as the best film of the year. Within such a short span of time, Belushi earned a lot of success, which resulted in his high net worth.

FAQ: How old is John Belushi ?