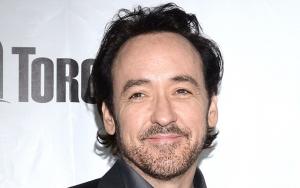 John Cusack was born on 28th June 1966 in Evanston which is located in Illinois. He is a famous producer, screenwriter and an actor in America. Acting runs in his family. He got acting from his father, Richard Cusack. He has 4 siblings: 3 sisters and 1 brother. His siblings are also into acting. His father had his own production company. He was mainly into documentary films. He completed his High School Education in 1984 from Evanston Township School. He went to University in New York. He spent only a year there and dropped out after that. He was the part of Piven’s workshop on theatre at the age of eight.

He keeps his personal life very low profile. There has been no news about him being married or dating relationship in any of his biographies on any of the sites. He has a net worth of $20 million. He was chosen to be part of the 100 sexiest men among movie stars in the year 2007. Emily Leatherman was arrested outside his office for stalking him in the month of March in 2008. He is a trained kickboxer. He undertook training under “Benny Urquidez” who is a world kickboxing champion. He is at level 6 in “Ukidokan Kickboxing” system. He is a big fan of “Chicago White Sox” and “Chicago clubs”.

FAQ: How old is John Cusack?