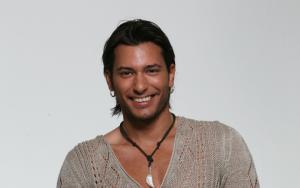 Born as the third child of the Duggar family on January 12, 1990, spent his childhood days in Springdale situated in Arkansas. He has only two older siblings and is the second son of Michelle Duggar and Jim Bob Duggar. He has an elder brother Joshua James Duggar and an elder sister Jana Marie. He has sixteen younger siblings which include Jill Michelle, Jessa Lauren, Jinger Nicole, Joseph Garett, Josiah Matthew, Joy Anna, Jedidiah Robert, Jeremiah Robert, Jason Michael, James Andrew, Justin Samuel, Jackson Levi, Johannah Faith, Jennifer Danielle, Jordyn Grace Makiya and Josie Brooklyn. He and his twin sister are the oldest siblings who still reside at their home. His favourite food is Italian and his hobbies are playing the piano and flying. He even has a license for flying. He is also a firefighter as well as a first responder with Tontitown fire department. He loves to listen to the song How Great Thou Art and his favourite episode of their television series is Duggar’s, Big Thaw. Duggar Towing is owned as well as operated by John David Duggar. His parents Michelle and Jim Bob Duggar often likes to crow about their talented kids.

His acting career began when he was introduced in the television reality show 19 kids and counting which airs on TLC. When he first acted on the show, the show was named as 14 Children and Pregnant again. Then, it was renamed as 17 Kids and Counting and then to 18 Kids and Counting, and finally to its present name 19 Kids and Counting. The show started airing on TLC in 2008 and had a running period of 7 years after which it went off-air in 2015.

One of the hardest time for John as well as for his family was when the reports of his older brother Joshua Duggar’s molestation and cheating on his wife scandal came on Salon and many other newspapers and online websites. His elder brother Joshua was reported to have molested five underage girls who reportedly included two of his younger sisters. There were also reports that this will lead to divorce between Joshua and his wife. John David was quoted as saying that he no longer wishes to be like his elder brother. After the scandal had become public, he was disappointed with his brother and worried about his younger siblings. Just days after the outbreak of this scandal their reality shows 19 Kids and Counting was officially cancelled by the TLC channel.

One remarkable thing about the Duggar family is that they don’t believe in dating and they follow courtship tradition. In this usually, their father Jim Bob Duggar will search for someone suitable for them and then they can decide whether to court or not. There have been rumours that John David Duggar has found someone to court and is apparently engaged and will be married in a few days. These rumours haven’t been confirmed yet. According to his biography, his net worth is not known, but the net worth of Duggar family is around $3.5 Million dollars.