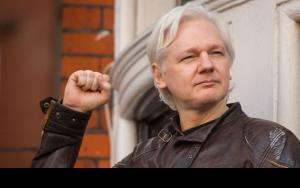 Julian Assange was born in 1971 in Australia. He has a history in the computer hacking world and is the founder of Wikileaks, a well known hacking group and information provider. He skipped around to many schools during his childhood. He has always found interest in computers and information that he has felt should be public knowledge. He has written many works, and has done lots of work related to his own personal political beliefs.

Much info on presidential campaigns and other secret governmental type entities has been revealed through his releases on Wikileaks. He currently is inside of a Ecuadorian embassy in the United Kingdom under political asylum. Currently the United States and British authorities want him in relation to crimes they have warrants for. Current talks are underway with The Ecuadorian President and British authorities for withdrawing his asylum, putting at risk of being put in prison under his pending charges. He has had several movies based on his work throughout his life.

FAQ: What is Julian Assange networth in 2020?