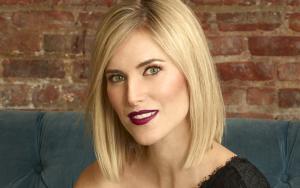 The new member of the show The Real Housewives of New York City is a famous face in modelling world – Kristen Teakman. Kristen Teakman was born in Farmington, Connecticut. She began modeling at the age of 14. She worked in New York and then moved on to Paris for many years. She is a famous face in the glamorous world of modeling. Kristen has appeared on the cover page of some famous magazines like Glamour, Australian Vogue, and Harper’s Bazaar. She has travelled to many places including Italy, Australia, and Los Angeles. She is 37 and is still continuing modeling.

Kristen and Josh are married for 10 years and are honest and open to everything in their relationship. They live in TriBeCa. Josh and Kristen have 2 kids - Cash who is of 5 years and Kingsley of 2 years. Josh is the initiator of an energy supplement product. He has been very supportive husband and remained always with Kristen in good and bad times.

In an interview, she told that she and Josh are finding it difficult to maintain their schedules and parenting of her daughter Kingsley, which is causing stifle between her and Josh. She is very happy with her 2 kids and likes to spend time with them. Josh and Kristen must take some therapy so by that they could learn how to better converse with each other and would live a happy life. They are seen all the time fighting and thus, counseling might help!

She met Josh in NYC and she fell in love with him. It was a very good time for Kristen with her boyfriend. As time went on everything passed smoothly. After sometime in NYC, Josh proposed Kristen and they got married in Florida. The couple was very happy when they had their first child.

Kristen has maintained a good image of her wedding, in front of the camera. However, she fights with her husband many times which affects the psyche and some deflection in the behavior was seen in them. The couple realizes that fighting is no solution and it increases the insecurity in the children and it creates a negative impact in the mind which affects the development of the child.

The couple has a good and healthy relationship and they are trying to maintain it. Fights are a part and parcel of life. No one can avoid it. The thing which can be avoided is divorce which the couple has successfully done. They are like a small and happy family. In difficult times, they are always together and they face it together. This is not seen in many of the couples nowadays. Both the partners are faithful to each other as it is an important aspect of marriage and this helped them sustain their relationship. Thus, the option of divorce does not exist.

Whenever she is busy with the shooting and modeling, a nanny takes care of their kids and the kids also enjoy her company. She also stated that ‘we (Kristen and Josh) are never far from each other; we stay in contact of each other by message or calls.’

FAQ: What is Kristen Taekman networth in 2020?