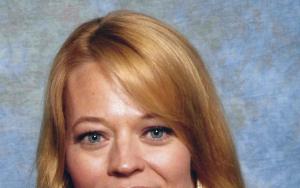 Jeri ‘Lynn’ Ryan was born on 22nd February, 1968. She is an American actress who was born in Munich. She is also known as Jeri Lynn Zimmermann. She graduated from North-western University in ‘Theatre’. She participated in many pageant competitions and was crowned the title of ‘Miss Illinois”. She also participated in Miss America and finished as the 3rd Runner up. She is well known for her role in the series ‘Star Trek’ and also in ‘Body of Proof’. She has a net worth of $30 Million Dollars.

Her personal life has not always been as smooth as it is now. She used to date the producer of the show Star Trek, Brannon Baga. Though the affair was not publicized much, they went out for quite a while. The reason for their split is not known.

Jeri met Jack Ryan in 1990 during a charity event and it was the starting of a love story. Jack Ryan is an investment banker and was a Republican Political Candidate. The couple got married a year later on June 15th 1991. The marriage was an easy task for them. As Jeri lived in Los Angeles and Jack had a career in Chicago, they had to travel a lot during that time. The couple had mentioned a few times in several interviews that these frequent separations’ were proving hard in their marriage. Their marriage finally ended on August 27th, 1999. The reason for the divorce was kept a secret due to their mutual request. They also requested their custody papers to be kept sealed as they felt it would be bad for their son to know it. Jeri and Jack have a son together named Alex, who was born on 15th August, 1994.

However sometime later, a higher court released their papers much to their dismay! According to the papers, Jack asked Jeri to perform sexual acts in public spaces and various sex clubs in New York, Paris and New Orleans. This might be one of the reasons for the divorce, but one can never be too sure about celebrities. Due to these things, Jack had to withdraw his candidacy which led to the victory of his opponent.

Jeri is currently settled and blissfully happy with her husband and two kids. She met her current husband Christophe Émé who is a chef at a charity event. They began dating for some time and Christopher gradually moved in with Jeri and her son Alex. In 2005, the coupe opened a restaurant named Ortolan which became very famous for its French Food with a modern interpretation. Jeri and Christopher married on 16th July, 2007 in a private ceremony in Loire Valley, France. The couple have a daughter together. She was born on 2nd March, 2008 and was named Gisele Émé.