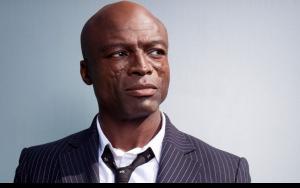 Who is Seal? Where is Seal now?

Seal is a four time Grammy Award winning British singer and songwriter who is also known for his seven year marriage to supermodel Heidi Klum. Seal was born on February 19, 1963, in London, England; his mother is Nigerian and his father is Brazilian. Seal left home at the age of fifteen rather than spend any more time with his abusive father. He lived homeless, sleeping at friend’s homes and working as a bicycle messenger and fast food employee. He sang in bars and clubs and in the mid-eighties toured Japan with a Thai blues band. Seal’s first brush with fame happened after he met producer Adam Paul Tinley, known as Adamski, who co-wrote and produced Seal’s breakthrough single, Killer.

Killer was a major hit in the United Kingdom and spent four weeks atop the United Kingdom’s Singles chart; the single sold over four hundred thousand copies. Seal has gone on to sell over twenty million records worldwide with his most celebrated song being Kiss from a Rose which won awards for Record of the Year, Song of the Year, and Best Male Pop Vocal Performance at the 1996 Grammy awards. Seal married Heidi Klum in 2005 and the couple has three children; unfortunately, they were divorced in 2014 but remain close friends.