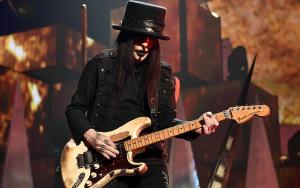 Mick Mars is an American musician and guitarist who was born on May 4, 1951, in Terre Haute, Indiana, in the United States. Mars moved at a young age to Huntington, Indiana and by age 9, his family relocated again to Garden Grove, California. His birth name is Robert Alan Deal but he is known as Mick Mars. He dropped out of high school to pursue a career in music and played guitar in several blues and rock bands in the 1970s. Mars occasionally took up day jobs until he was able to sustain himself through his music career. After ten years in the California music scene, he decided to reinvent his image and changed his name from Robert Deal to Mick Mars. In 1980, he put an ad in the Los Angeles newspaper The Recycler describing his skills. Nikkie Sixx and Tommy Lee were putting a new band together and responded to his ad.

They formed the band Motley Crue and have been together ever since. Mars has struggled with ankylosing spondylitis which affected his spine and pelvis throughout his career. Mars went on to play guitar on the rock band Hinder's 2008 album "Take It to the Limit". He also contributed to the song "Into the Light" by Papa Roach and co-wrote for the bands Machina and Evanescence. Mars married Emi Canyn in 1990 but the couple divorced four years later. He married a second time to Sharon Deal and had two children.

FAQ: How old is Mick Mars?