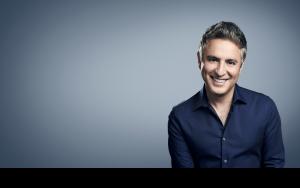 Reza Aslan is an Iranian-American author, intellectual, religious studies scholar, producer, and television host who was born on May 3, 1972, in Tehran, Iran. He moved with his family to the United States to flee the Iranian Revolution in 1979. Aslan grew up in the San Francisco Bay Area and attended Del Mar High School in San Jose, California. He graduated high school in 1990 and went on to obtain a B.A. in Religious Studies from Santa Clara University. He also obtained a Master of Fine Arts in Fiction Writing from the University of Iowa and a Ph.D. in Sociology from the University of California, Santa Barbara. Aslan has published three best-selling books titled No god but God: The Origins, Evolution, and Future of Islam, How to Win a Cosmic War: God, Globalization, and the End of Terror, and Beyond Fundamentalism: Confronting Religious Extremism in the Age of Globalization. His books include in-depth studies of the ideology behind terror groups like Al Qaeda and the Taliban and explore religious violence in Judaism, Christianity, and Islam.

He became engaged to journalist Amanda Fortini but broke off the engagement in 2008. Aslan went on to marry Jessica Jackley in 2011 and had three sons.

FAQ: How old is Reza Aslan?