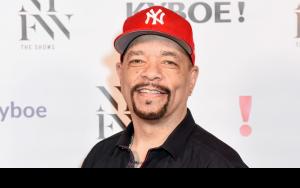 Ice T is an American rapper, actor, and record producer who was born on February 16, 1958, in Newark, New Jersey, in the United States. His full name is Tracy Lauren Marrow but he is best known by his stage name Ice T. He grew up with his parents Solomon and Alice Marrow, but his mother died when he was three from a heart attack. When he was in eighth grade, he moved to the Crenshaw district of Los Angeles. He went on to attend Palms Junior High and Crenshaw High School. His music career started when he joined the Crenshaw High School band The Precious Few. Ice T's father died when he was seventeen and he began selling cannabis and selling stolen car stereos. His girlfriend became pregnant and he was not making enough money to support a family so he decided to join the United States Army in 1977. He served for two years before getting in trouble for stealing a rug with a group of soldiers. While awaiting trial, he took off without leave but returned a month later. By that time the rug had been returned and he received a non-judicial punishment for dereliction of duty.

He began his career in music after he discharged in 1979. Ice T met producer Willie Strong from Saturn Records who recorded his first single, "Cold Wind Madness". His music was popular but was not played on the radio due to his lyrical content. Most recently he has been acting and appeared in the NBC television series "Law & Order: Special Victims Unit". He married American model Coco Austin in 2005 and in 2015 the couple had their first child together.