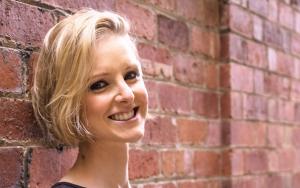 Alice is an American sitcom character who was played by Linda Lavin. The self-titled series based on the main character, Alice, is about the struggles of a widow seeking to restart her life with her young son. Alice finds a job working at a restaurant called Mel's Diner in Phoenix, Arizona. Many of the show's episodes revolve around the events at Mel's Diner. The star of the series is Alice Hyatt who is played by Lavin. Alice becomes a widow when her husband Donald is killed in a trucking accident. She decides to pursue a career in singing and moves with her young son to Hollywood, California. On the way, Alice's car breaks down in Phoenix and she takes a job as a waitress to raise money. Alice works at Mel's Diner with the old, grouchy owner named Mel Sharples who is played by Vic Tayback.

The diner becomes the main location of the series and has many visitors throughout the series including her son's basketball coach Earl Hicks played by Dave Madden, a trucker named Chuck played by Duane R. Campbell, and a telephone repairman named Beesmeyer who is played by Marvin Kaplan. The series ran from August 31, 1976, to March 19, 1985.

Quick Facts
Help us Edit this article and get a chance to win a $50 Amazon Gift card.
Last Modified: Jul 10 2020
You may also like
articles you may like