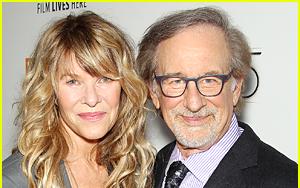 Kate Capshaw is an American actress who was born on November 3, 1953, in Fort Worth, Texas, in the United States. Her birth name is Kathleen Sue Nail and she was born to Beverly Sue and Edwin Leon Nail. When Capshaw was five, she moved with her family to St. Louis, Missouri where she graduated from Hazelwood Senior High in 1972. She went on to attend the University of Missouri and was a member of Alpha Delta Pi. Capshaw graduated with a degree in education and went on to teach Special Education at Southern Boone County High School in Ashland, Missouri. Capshaw also taught at Rock Bridge High School in Columbia before moving to New York City to pursue a career in acting.

She landed a starring role in the 1984 film "Dreamscape". Capshaw met her future husband Steven Speilberg while filming his movie with Harrison Ford "Indiana Jones and the Temple of Doom". Through the 1980s and 1990s, she appeared in several films including "Black Rain" with Michael Douglas and "Just Cause" with Sean Connery. She later married Steven Speilberg after converting to Judaism in 1991. They have a total of seven children together with four being from previous marriages or adopted.

FAQ: How old is Kate Capshaw?