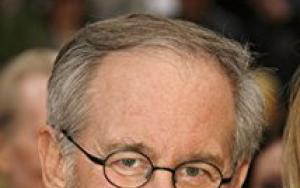 Steven Spielberg is an American movie producer and director. Throughout his 40 year career in the film industry, he has become one of the most successful filmmakers in history.

He developed a love for photography as a child, earning a merit badge for photography a Boy Scout after making a short 8 mm western, entitles The Last Gunfight. At thirteen, he would make a prize winning war film, Escape to Nowhere.  During his teen years, he would make 15 more amateur films.  At 16, Spielberg would direct the film Firelight, which he would later adapt to make the blockbuster Close Encounters of the Third Kind.

He would go on to attend college at California State University, Long Beach.  While attending school, he interned at Universal Studios. During this time, he would direct the short film Amblin. The Universal Studios Vice President was so impressed by Spielberg’s work on the film, that he offered him a seven year directing contract. This would make Spielberg the youngest director to ever ink a long-term deal with in Hollywood.

Spielberg’s early work in the film industry was in television.  He directed episodes of television shows such as Marcus Welby, M.D., The Name of the Game, Night Gallery, and Columbo.  After proving himself in television, Universal signed him for four films.  His debut film was the crime drama The Sugarland Express.

The 1980’s saw Spielberg become a household name.  He would make film classics such as Raiders of the Lost Ark, E.T. the Extra-Terrestrial, The Goonies, Indiana Jones and the Temple of Doom, The Color Purple.

The 1993 Spielberg would direct Jurassic Park. The sci-fi dinosaur tale would turn out to be a smash hit thanks to its innovative special effects. Jurassic Park would nearly $1 billion dollars. Also in 1993, he released Schindler’s List, a holocaust drama which would win Best Picture from the Academy.

The 2000’s saw Spielberg make hits like Minority Report, War of the Words, Munich, War Horse, and Lincoln. Lincoln in particular won praise, as it earned 12 Academy Award Nominations.  In 2015 he directed the cold war thriller, Bridge of Spies, which would earn 6 Academy nominations of its own. He has since released BFG, The Post, and sci-fi novel adaption, Ready Player One.

Spielberg’s camera work and direction has earned praise throughout his career. His low angle tracking shots have become a Spielberg hallmark.

The most common theme in his films is a stressed parent-child relationship. This can be seen in films such as Indiana Jones and the Last Crusade, The Color Purple, Munich, E.T. the Extra-Terrestrial, and Catch Me If You Can.  He explains this as a product of the distant relationship he had with his father a child.

FAQ: How old is Steven Spielberg?

FAQ: What is Steven Spielberg networth in 2020?