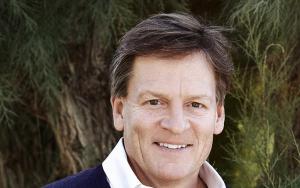 Michael Monroe Lewis was born on October 15, 1960 in New Orleans, Lousiana, and he is an American financial journalist, and non-fiction author. His parents were the corporate lawyer J. Thomas Lewis, and the community activist Diana Monroe Lewis. Michael attended the “Isidore Newman School” in New Orleans, and he completed his studied at the “Princeton University”, where, in 1982, he received a Bachelor of Arts “cum laude” in art history. During his staying at Princeton, Michael has been a member of the “Ivy Club”, an aristocratic, prestigious eating club. Michael started to work for a short while with the art dealer Daniel Wildenstein, that operated mainly in New York, but he quickly realized that the jobs available for his degree were very few, and they didn’t pay that much as well. So he decided to keep studying, and he enrolled at the “London School of Economics”, where he received in 1985 a Master of Arts in economics.

Michael started to work at Salomon Brothers, a Wall Street investment bank, and after an initial period in which he got trained in New York, he lately relocated to London, where he worked as a bond salesman at the Salomon’s office. At some point he understood that this wasn’t the path for him, so he resigned to dedicate all his time to the writing of a book, that will be published in 1989 with the title “Liar's Poker: Rising through the Wreckage on Wall Street”, and that, based on his experience at Salomon, analyzed the evolution of the mortgage-backed bond. Michael also became a financial journalist.

In his bibliography there are the books “Pacific Rift: Why Americans and Japanese Don't Understand Each Other” (1991), “The Money Culture” (1991), “Trail Fever” (1997), “The New New Thing: A Silicon Valley Story” (1999, in which Michael investigated the Silicon Valley during the Internet bloom), “Next: The Future Just Happened” (2001), “Moneyball: The Art of Winning an Unfair Game” (2003, a book about the baseball, but also about the way the market values people), “Coach: Lessons on the Game of Life “ (2005, a book in which he analyzes the transformative power of his’ high school baseball coach), “The Blind Side: Evolution of a Game” (2006, a book about the story of the poor, illiterate African-American Michael Oher, who, as a kid, he used to live on the streets of Memphis, and whose life was transformed after he’s been adopted by white Evangelical Christians), “Panic: The Story of Modern Financial Insanity” (2009), “Home Game: An Accidental Guide to Fatherhood” (2009, a book dedicate on his journey as a father), “The Big Short: Inside the Doomsday Machine” (2010), “Boomerang: Travels in the New Third World” (2011, a narrative book set in the global financial crisis), “Flash Boys: A Wall Street Revolt” (2014, even this one is a narrative book set in the global financial crisis), and “The Undoing Project: A Friendship that Changed Our Minds” (2016, a book about the work of Daniel Kahneman and Amos Tversky, the inventors of the behavioral economics).

FAQ: How old is Michael Lewis?

FAQ: What is Michael Lewis networth in 2020?