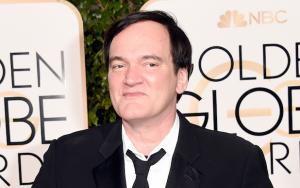 Quentin Tarantino is an actor, scriptwriter, film director and producer known for his punchy quotes and distinctive style. Quentin Tarantino was born on March 27, 1963 in Knoxville, Tennessee to Tony Tarantino, an actor and musician, and Connie McHugh, a nurse. Quentin did much of his growing up with his mother in Los Angeles.

Quentin’s mother exposed him to movies with adult content like ‘Carnal Knowledge’ at an early age. At about age 16, he dropped out of Narbonne High School in Los Angeles and took a job as an usher in a porn theatre. Quentin wrote his first script at the age of 14, titled ‘Captain Peachfuzz and the Anchovy Bandit.’ At age 15, the obviously inquisitive young man stole a novel from a Kmart shop, forcing his mother to restrict his movement, only allowing him to go to the Torrance Community Theatre where he participated in plays like ‘Romeo and Juliet.’ He took acting classes at the James Best Theatre Company and there learnt from a number of screen stars.

Tarantino was encouraged by a friend, Lawrence Bender to delve into scriptwriting. Consequently, he co-wrote and directed the movie ‘My Best Friend’s Birthday in 1987. He was hired by Robert Kurtzman to write the script for the movie ‘From Dusk Till Dawn.’ His talent and ingenuity were wildly evident and he put these to good use by writing, directing and acting the much-fancied thriller, ‘Reservoir Dogs in January 1992.’ Acting as Mr Brown, Quentin performed so well that the film became an instant hit. It was shown at the Sundance Film Festival.

One thing stood out with his film-making style. He made music a part of his films, confessing that listening to music gave him inspiration for scenes which he translates to drama in line with the song. Though Quentin has featured in and directed many movies, he is famous worldwide for his role in the martial arts fiction movie ‘Kill Bill’: Volumes 1 and 2 released in 2003 and 2004 respectively.

Quentin has several awards deserving mention in his biography. He won the Academy Awards’ Best Original Screenplay Award in 2004 for his work in ‘Pulp Fiction’ and the same in 2012 for ‘Djanjo Unchained.’ He repeated the feat with both movies, at the BAFTA and Golden Globes Awards as well. He was given the Icon of the Decade award at the 10th Empire Awards in 2005 and the Lifetime Achievement Award at the Rome Film Festival, amongst many others.

Over the course of his career, Quentin has given several made several deep statements. He begins an interview with a peace sign to the audience and is known for his blunt remarks when he feels the need. He was accused of assault and sued by Don Murphy in 1992, for allegedly slamming the latter against a wall and punching him in a restaurant.

Quentin has been involved in many relationships with women, such as Kathy Griffin, Sofia Coppola, Mira Sorvino and Margaret Cho. In 2015, news making the rounds suggested that he was dating Courtney Hoffman, a costume designer. Quentin had revealed in a recent interview his desire to ‘go the road alone’ not willing to commit to marriage or having children. That statement gave him out as one who may not have immediate intention of making Hoffman his wife. He is considered to have a net worth in the region of $100 million dollars, and some have expected him to have been worth more, in view of his long career in show business.

FAQ: How old is Quentin Tarantino?

FAQ: What is Quentin Tarantino networth in 2020?