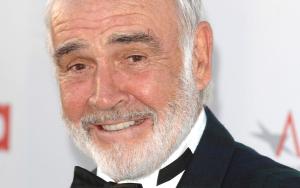 Who is Sean Connery?

Sean Connery is a retired Scottish actor who is perhaps best known for his portrayal of the literary British secret agent James Bond in seven of the films in the James Bond film franchise. Sir Thomas Sean Connery was born on August 25, 1930, in Fountainbridge, Edinburgh, Scotland; his mother was a cleaning woman and his father worked in a factory and drove a lorry. Sean Connery has appeared in countless films over the years but won an Academy Award only once, winning Best Supporting Actor for his portrayal of Jim Malone in the 1987 film, The Untouchables. Connery was nominated for a BAFTA Award for Best Actor in a Supporting Role and won a Golden Globe Award for Best Supporting Actor-Motion Picture for the same role.

Other film credits include Indiana Jones and the Last Crusade (1989), The Hunt for Red October (1990), The Rock (1996), and Entrapment (1999). Sean Connery was married to actress Diane Cilento from 1962 to 1973. The couple has a son, actor Jason Connery. Sean Connery has been married to Moroccan-French painter Micheline Roquebrune since 1975. After receiving the American Film Institute’s Lifetime Achievement Award in June of 2006, Connery confirmed his retirement from acting.

FAQ: How old is Sean Connery?