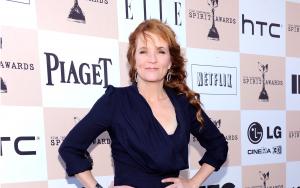 Lea Thompson’s full name is Lea Kathleen Thompson, was born in the year 1961 and she is popular American Television director, television producer and actress.  She became famous when she played in many movies and tv shows which include Jaws 3-D, Howard The Duck, Beverly HillBillies and Back to The Future Series. She is a beautiful actress who is known and also remembered because of the glamour and the beauty she had. She is tall of 5feet with 4 inches and she weighs over 59kg.

From Lea Thompson’s biography, when she was younger, she was the ballet dancer from her childhood and has also performed with many theaters around the world. She was born and also raised in Minnesota and even if her parents came from different countries, she is of American nationality and white ethnicity. She continued to play with her ballets until the time that she turned 19 years old and afterwards, she decided to act. She came into New York with higher expectations but it was hard for her to be able to achieve her expectation in such large city. In 1980s, she was in different advertisements like Burger King since one franchise decided to use her on the advertisement. She was able to change the career until the time that she was given a role in the Jaw 3-D in the year 1983 and she took the chance with both hands. Her first success was backed up by the movies such as The Wild Life, Red Dawn and All the Right moves. They helped her to earn many awards from different organization. When she succeeded with Back to Future Trilogy, she was able to gain more fame. During her career, she had been able to play in over 25 movies and she has been great for the box office.

In the year 2002, she took a break in acting in movies but started to appear in the TV shows instead. Her first series was in the For The People and this was followed by Stealing Christmas, A Life Interrupted, Law and Order and Ed, She has now became a popular person with TV series and around the nation, her performance became acknowledged.

She is a private person and she never let other people get more information about her.  She was never involved into any scandal. She started to date Howard Deutch in 1987 but none found out about their relationship until they got married. Her husband is a film director and they met at the set of Some Kind of Wonderful. They have two daughters and they live a happy family. She is a versatile woman and she has the best net worth which is over 14 million dollars.  There were rumors about her committing suicide but it was found out it was another actress called Lee Thompson.

FAQ: How old is Lea Thompson?