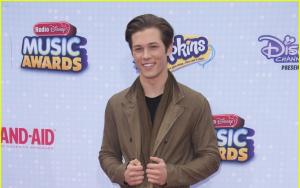 Leo Howard is the well-known American actor as well as a martial art specialist. Leo Howard was a model in his initial stages. He started his acting career when he was just seven years old. Today, he is a successful actor in the Hollywood industry.

The birth date of Leo Howard is 1997 on the date of 13th July. His birth place is California in Newport Beach. His parents are famous for professionally dog breeding and are Randye and Todd. They specialize in breeding bulldogs. The best part is that his parents have got big bulldog ranches where they specially breed the bulldogs of French and English breeds. His father is Irish, his mother is Russian jewish with the hint of the Austrian-Jewish race. Leo Howard spent most of his childhood in the small town Fallbrook before he made it big in the Hollywood.

He completed his schooling from the Christian School in Vista, which is known as Tri-city. It is in California. He has educated himself in martial arts from the age of three. His attraction towards martial arts was outstanding. He was admitted in Dojo in California in Oceanside. After a year or so, his parents found him a fast learner and admitted him to another Dojo like the discipline of Okinawan. He developed the extreme martial arts at the age of seven.

At the age of eight, Howard won three championships. He was completely prepared at the age of nine, and started training dance aerobics, along with martial arts. He holds a black belt and works harder than ever. He turned out more like a performer and then he made his big step towards the career in acting.

She decided to help him pursue his dreams and luck actually favored him.Leo was first noticed in one of his tournaments where his looks and skills made someone decide that Howard has the caliber to make it to show business, and referred him to the talent agent of his. Howard got lots of commercial ads and small roles, where he got basic recognitions.

Today, his net worth is three million dollars. He has worked in several movies and tv shows. He maintains a twitter account to keep in contact with his die-hard fans . Affectionately known as Leonators.

A sneak peek into his Personal life

He is the only child of his parents and has got no siblings. As a matter of fact, Howard is home-schooled due to his busy schedule. His parents wanted him to be educated to the core so they maintained his home-schooling with his commitment to Kickin’ It. He spends most of his private life in his family home at California in Studio City.