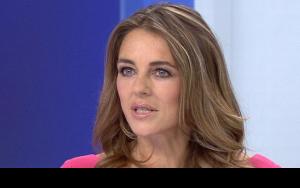 Who is Liz Hurley?

Liz Hurley is an English actress and model who is perhaps best known for her role as Vanessa Kensington in the Mike Myer’s comedy Austin Powers: International Man of Mystery (1997). Elizabeth Jane Hurley was born on June 10, 1965, in Basingstoke, England; her mother was a teacher at Kempshott Junior School and her father was a major in the Royal Army Educational Corps. Hurley took ballet classes as a young girl and attended Harriet Costello School. Liz Hurley was introduced as a spokesmodel for Estee Lauder in 1995; she was twenty nine years old and it was her first modeling experience. She was replaced as the face of Estee Lauder in 2001 but still continues to be under contract with the company.

Liz Hurley has appeared on the cover of British Vogue three times and has produced a beachwear line, which she models every summer, and that was launched at Harrods in London. Liz Hurley was in a relationship with actor Hugh Grant, but the relationship suffered when Grant was accused of soliciting the services of a prostitute. In April of 2002, Hurley had a son, Damian Charles Hurley, with the American businessman Steve Bing. She married Indian textile heir Arun Nayar in 2007. The couple filed for divorce in 2011 citing the cause as Nayar’s unreasonable behavior.