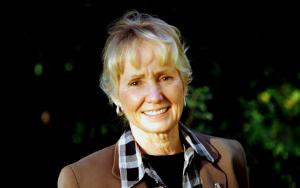 Lola Van Wagenen was born on December 1938 in Provo, Utah. She is an American environmental activist and historian.

Lola Van Wagenen has been raised in a Mormon family. She studied at the “Vermont College” where she received her bachelor’s degree in 1982. She later went to the “New York University” where she studied public history, and where she received her master’s degree in1984. She continued her studies in the same university and in ten years she got her PHD in American History. The material she prepared for her doctoral dissertation has been published in 2003 as a book, “Sister-Wives and Suffragists: Polygamy and the Politics of Woman Suffrage 1870-1896”. In 2012 she received the big honor of being included among the “Distinguished Alumni/Alumnae Achievement Award” from the Graduate School of Arts and Sciences at the “New York University”.

Lola Van Wagenen has served since the 70s in many charitable organizations on the capacity of the Board of Directors. Among these charities there are “Shelburne Farms”, the “Vermont Historical Society”, and the “New York Women’s Foundation”. In 1977 she’s also been on the “Task Force on Appropriate Technology” with the U.S. Office of Technology Assessment. In 1979 she’s been a member of the National Commission on the International Year of the Child.

Lola Van Wagenen became known for being the wife of actor Robert Redford. During her career as an executive producer, she produced several films, among which there are “Mike Douglas Show” in 1961, “Miss America: A Documentary Film”, that has been broadcast on the PBS series American Experience in 2002, and “The State of Marriage”, released in 2015.

Lola Van Wagenen co-founded in 1970 the “Consumer Action Now” (CAN), a non-profit organization intended to educate the consumer about how the products they buy affect the environment. She served as co-chair for 10 years, promoting the environmental cause through public speeches, often presented on local and national televisions.

They started the monthly CAN Newsletter in which they covered many topics about consumer education, conducing researches on many issues, and informing the consumers. Lola Van Wagenen used to write articles in this newsletter, but it eventually stopped being published in 1973.

In 1972 Lola Van Wagenen organized the “Environmental Action Forum” in which activists and consumers gathered to listen to the speakers of many environmental and civic organizations. Thanks to the activity of the CAN, there has been in 1976 the passage of the Toxic Substances Control Act and the Resource Conservation and Recovery Act.

From 1975 to 1977, Lola Van Wagenen developed “The Sun Fund” to raise awareness about the use of alternative energy sources and about the energy conservation. Following this project, she produced the short film “The Solar Film”, and a three-day national TV campaign called “SunDay”, in which many eminent speakers tried to raise awareness about the solar energy, and about the other alternative energy sources.

FAQ: What is Lola Van Wagenen networth in 2020?