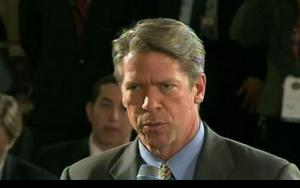 Major Garrett  is an American journalist, reporter, correspondent, author and a political commentator. Major Garrett is more than a famous personality in the field of political journalism. He has been in the field of media and news since the 1990’s. Garrett has been the reporter of many high profile news which included the attempted impeachment of President Clinton.

Background
Major Elliot Garrett was welcomed in this world on August 24, 1962 in San Diego, California. Major Garrett attended the University of Missouri and got two Bachelor's Degrees from his college days. He has one in Journalism and other one in Political Science. He was a member of the fraternity, Phi Gamma Delta.

In an interview with The Hill, Major talked about what he wanted to be when he was a young child, “ First an oceanographer. Second, a Major League Baseball player. Third, an actor. And fourth, a journalist. By the time I was 13-and-a-half I realized I couldn’t do the other three. And what I realized then was that my fascination in the news and politics was the one constant thread in my life as I dreamed of doing all those other things. And then it sort of dawned on me that I should probably pay attention to the thing that had been the constant thread while I had these Walter Mitty dreams of all these other things.”

Journalism Career
Garrett’s work mainly lies in the sphere of political issues. Presently, he is the Chief White House Correspondent for the news network CBS News, a correspondent with the National Journal and a substitute anchor for 'Face The Nation'. Although Major Garrett's career is still progressing, his life includes many interesting facts that are related to being a successful political journalist.

Major Garrett's career began advancing in the 1990s, when he started out as a senior editor for U.S. News and World Report and as a congressional reporter for The Washington Times. At this point of his life, he had become rather popular among the masses of political readers.

Prior to his career in television, Garrett had worked as a reporter for various magazines such as The Houston Post, Amarillo Globe News, and tehe Las Vegas Review-Journal. In addition to having worked for various magazines, his articles have also been featured in the Washington Monthly, Mother Jones and The Weekly Standard.

By the early 2000s, Garrett had worked his way to become a part of CNN's White House Team. In 2002, he assumed the role as a general assignment reporter and congressional correspondent at the well known news network Fox News Channel. While Garrett was working with the Fox News Channel, he provided substantial coverage of the 2004 and 2008 presidential campaigns, White House events, Congress hearings, wars, terror attacks and the impeachment attempt of President Clinton. The high profile coverage made his work significant and noticeable.

FAQ: How old is Major Garrett?

FAQ: What is Major Garrett networth in 2020?