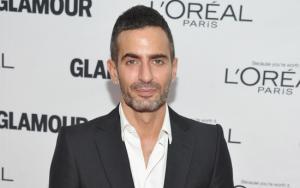 Marc Jacobs' date of birth is 9 April 1963. The birthplace of Marc Jacobs is New York City, New York, the United States of America. Marc Jacobs is proud to be a New Yorker. This famous American fashion designer was born under the atrological sign of Aries. Arians are known to be creative people so it is now wonder Marc Jacobs became a fashion designer. The height of Marc Jacobs is 1.75 meters, which is an American average height for a male. Marc Jacobs is currently 53 years old. Marc Jacobs was born to parents James, his father, and to his mom Angela. The father of Marc Jacobs was a scouting agent for the William Morris Agency based in New York. His mom was a homemaker. Although Marc Jacobs was born under the star sign of Aries, which have a happy childhood and good parents, it seems that the stars weren't on his side. He had a tough childhood, as his biography tells us. The father of this fabolous and handsome American designer died when Marc was only seven years old. After the death of her husband, Marc's mom, Angela, remmaried for several times, but to no avail. All of her marriages after the stable marriage with Marc's father James were a disaster. Marc Jacobs told in one of his numerous interviews that his mom became mentally ill after the death of his dad. The cause of death of Marc Jacobs' father was ulcerative colitis. Marc Jacobs himself inherited this medical condition from his dad, but manages to keep it under control. Marc relocated to many New York boroughs with each of his mothers' remmariages and new partners. Marc Jacobs has two siblings. He was partially raised by his siblings but later they and his mom gave up from Marc thinking that he would become a failure since he didn't have any particular interest in life. Devastated by the actions of his siblings and his mom, he moves out to his paternal grandmom's apartment in New York. Marc said that he devolped the love for fashion from his paternal grandmother.

In the year of 1986, he released his first designer clothes collection wearing his signature on them. In 1988 he became the fashion designer for women's clothes for the Perry Ellis brand. Marc Jacobs got the license to start up with his fashion brand as a company entitled Marc Jacobs International Company. Marc Jacobs is the owner and fashion designer for his labels Marc Jacobs and Marc by March Jacobs. He designs and put in sale perfumes, handbags, shirts, T-shirts, exclusive handbags and luxury watches. His brand has over 280 stores in the world. From his fashion brand, Marc Jacobs acquired a net worth of $100 million.

Marc Jacobs never married or underwent divorce, nor he has children. It is suspected that he might be homosexual. He lives and works in New York City.

FAQ: How old is Marc Jacobs?