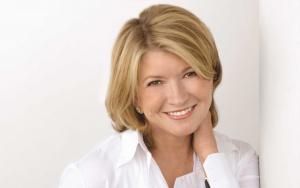 Martha Helen Stewart is an American writer, TV personality and a business woman, and is the founder of Martha Stewart Living magazine. With successful TV shows and a couple of best-selling books, she has been successful through her e-business, broadcasts and merchandise, which are hugely popular in the market. In 1997, she founded the “Martha Stewart Living Omnimedia”, which is a media house and is associated with multiple television and radio programming, e-commercial websites as well as printing publications. She started her career with her husband Andrew, and took the first step in in restoring a farmhouse in Westport, Connecticut which later became their TV studio. She ran a catering business with her friends from 1976, and later bought a grocery shop and hired a manager to work for her. She is an American citizen , who is of white ethnicity.

Meanwhile her husband had been working at Harry N. Abrams, Inc. and translated the Dutch version of The Secret Book of Gnomes series, to English. In 1990, after Andrew signed a contact with Time Publishing Ventures, he developed a new magazine Martha Stewart Living, and Martha was the editor-in-chief.  Since 1997, she had started to study and invest in some print, and merchandising ventures. With her friend and partner Sharon Patrick, the two started the Martha Stewart Living Omnimedia where Martha was the chairman and president. She later assembled her assets and started to promote her brand with many successful activities that was even available in their website. Just two years down the road, her company was in the New York Stock Exchange, selling and buying shares that were worth millions. She became the first lady self-made billionaire and even though her share rates dropped considerably, but her policies brought them right back up.

Martha was born on the August of 1941 in New Jersey, USA into a middle class family. She started to make money from the age of 10, as a baby sitter and at 15, started to work as a model, appearing in some TV ads. Having worked for Unilever and Chanel, she paid her own fees at Nutley High School and later attended the Barnard College, where she studied Chemistry. She also studied for some time at Yale Law School, where she met her future husband Andrew Stewart. The two of them got married in 1961 and later graduated with a double major in Architect History as well as European History. The couple had one daughter named Alexis Stewart and after 26 years of marriage, got separated in 1987.

In 2003, she faced legal issues on charges like obstruction of Justice and security fraud for which she resigned from her position CEO and followed a trail in 2004. She was found guilty of the charges she was accused, and was announced a 5 month sentence in federal correctional facility, followed by two-year period of supervised release and a fine of 30 thousand dollars. With a loss of 13 thousand dollars, she was banned to serve in any official role for her company. She was even not allowed to enter the UK in 2008 as UK Border Agency disapproved her request for a Visa.  As of now, she has regained her status back and has been working on multiple projects besides her company. She has got a very active life, and is an important icon who has gained the trust back from her people. With a wide fan following on her Twitter account, she also has got a net worth value of 300 million US dollars, as of 2015.

FAQ: How old is Martha Stewart?

Quick Facts
Help us Edit this article and get a chance to win a $50 Amazon Gift card.
Last Modified: Apr 27 2020
You may also like
articles you may like