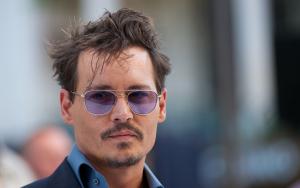 From the roles of a serious, dark, idiosyncratic performer in Edward Scissorhands to a charming, roguish Captain Jack Sparrow; John Christopher “Johnny” Depp II has certainly established himself as one of the most versatile actors in Hollywood. He was born on June 9, 1963 to Betty Sue Wells and John Christopher Depp in Owensboro, Kentucky as the youngest of four children. They had to move regularly to many places as a child and finally settled in Florida. He dropped out of high school to become a rock musician and played with the The Kids, but he band split up before they could sign a record deal at Los Angeles.

After his marriage to makeup artist Lorrie Anne Allison in December 1983, his wife introduced him to Nicolas Cage, who pursued Depp to pursue an acting career. He divorced with Lorrie in 1983. Subsequently, he auditioned for 1986 movie Thrashin’ along with his fiancé Sherilyn Fenn. He was chosen as the lead and Sherilyn too got the part, but Depp was later rejected by the film’s producer. His acting career began when he starred a lead role in 21 Jump Street (1987), a television series which turned Depp into a popular teen idol. Following this success, he opted to appear only in films. He did a handful of teen-oriented movies, but the breakthrough came when he collaborated with Tim Burton in Edward Scissorhands (1990). He gained critical acclaim and popularity for his dark, serious character in Edward Scissorhands. The year 2003 was a huge success as Depp was cast in Once Upon a Time in Mexico and Pirates of the Caribbean: The Curse of the Black Pearl. The success as Captain Jack Sparrow opened several doors to his career and also included an Oscar Nomination.

Depp’s Finding Neverland (2004) earned him a nomination for the Best Actor Academy Award. His collaboration with Tim Burton in Charlie and the Chocolate Factory (2005), Alice in Wonderland (2010) and Dark Shadows (2012) emerged out as huge success and were some of his most predominant movies. For Charlie and the Chocolate Factory he was nominated for the Golden Globe Award for best Actor in a Musical or Comedy. The later sequels of Jack Sparrow in Dead Man’s Chest (2006), At World’s End (2007) and On Stranger Tides (2011) were a big part of Depp’s life. He also voiced for the animation movie Rango in 2011. The Lone Ranger (2013) saw him acting opposite to Armie Hammer as the protagonist.

Johnny also kept his love for music alive throughout his career. He played acoustic guitar in his movie Chololat and Once Upon a Time in Mexico. He was a member of P with Gibby Haynes, Flea and Steve Jones from Butthole Surfers, Red Hot Chili Peppers and Sex Pistols respectively. He even performed a cameo for Avril Lavigne’s Alice in 2010. Depp also keeps interest in food and wine, and is grew grapes and had wine making facilities in his vineyard. He is also co-owner of French restaurant-bar Man-Ray, located near Champs-Elysees.

Depp was married to Lori Anne Allison from December 20, 1983 and divorced in 1985. He was then engaged to Jeniffer Grey and Sherilyn Fenn till the late 1980s. He proposed to his Edward Scissorhands costar Winona Ryder in 1990 and tattooed “WINONA FOREVER” in his right arm in her memory. Till 1998 he had finished a four year long relationship with supermodel Kate Moss. Then he was engaged in a relationship with French actress and singer Vanessa Paradis. They had two children; daughter Lily Rose Melody Depp (1999) and son John “Jack” Christopher Depp III (2002). After their separation in 2012, Depp married Amber Heard on February 2015.

FAQ: How old is Johnny Depp?