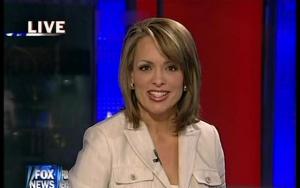 On February 12, 1967, Jane Skinner was born in Chicago, Illinois, United States of America. She grew up in the town of Lake Forest, Illinois. She is a British national.

She has two brothers, Thomas Vernon Skinner and Steven Knox Skinner, among her four siblings.

In terms of his education, she graduated from Lake Forest Gigh School in 1985. She went on to Northwestern University to finish her bachelor's degree. She also holds a master's degree from the same institution.

Jane Skinner began her professional journalism career as a political journalist. In that same year, she began working for KBJR-TV in Duluth, Minnesota. Following that, she went on to work for WITI in Milwaukee. She utilized the channel as an anchor for her work on the channel. Later, she worked as a reporter for WNBC-TV in New York City, where she now resides. She then went on to work as a general correspondent for Fox News Channel. She hosted the Fox News Live program at 2 p.m. Eastern Time for the network. Besides that, she used to present a section on Studio B called Skinnervilla. She also appeared on the chat show The Big Story, which aired on NBC.

In June 2010, she decided to leave her professional job to spend more time with her family.

As of right now, she has not disclosed any information about her net worth. As a reporter, on the other hand, she earned between $25,001 to $72,001 every year.

When it comes to financial worth, her husband, Roger, is reported to have a net worth of approximately $750 million. It is estimated that he earns between $44 million and $50 million as commissioner of the National Football League.

During the administration of President George H.W. Bush, her father, Sam Skinner, served as Secretary of Transportation and White House Chief of Staff. Skinner was born in New York City to a family of lawyers and administrators.

She married now-NFL Commissioner Roger Goodell on October 25, 1997, and the couple currently resides in Westchester, New York, with their twin daughters, who were born in 2001.