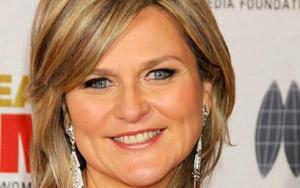 Cynthia McFadden is an American journalist, TV anchor and news reporter, who is known for working in a couple of news channels. She is known to have run the ABC shows like Nightline and Primetime. Currently affiliated with NBC News, she worked for a long time with ABC News before leaving them in 2014. She began her professional career as one of the executive producers for the Fred Friendly's Media and Society seminars, on the PBS between 1984 and 1991. In 1991, she left the show and worked in the position of an anchor/ producer of the Courtroom Television Network. Having made an impression with her work, ABC News hired her in 1994 and started as a normal news reporter. Then in 2004, she was chosen to host the Primetime showand a year later was the cohost on Nightline, from the November. Although the show was threatened to be stopped in 2005 for its format, Cynthia started to work at it and soon raised its TRP as well as the viewers. The show that started to discuss politicians, celebrities and music ranked along with the Late Show with David Letterman and Cynthia’s popularity rose to heights.

Her career with ABC is termed to be very successful, although after 2 decades, she quit and joined NBC in the March of 2014. This moved came as a shocking news for her fans who had neither expectations nor any speculations about it. As she came highly reputed and ranked, she was assigned the post of senior legal and investigative correspondent, thereby investigating the entire NBC News platforms. Despite her career as a journalist, she has also been working on some philanthropic works and has been working for the better of the society. Besides, she is also the board member of International Women's Media Foundation (IWMF) and in 2008 came out with the wowOwow.com. This website enables women to discuss culture and politics and gossip online.

Cynthia was born on the May of 1956 in Lewiston, Maine, U.S.A. She was born and raised into a middle class family, and graduated from the Bowdoin College in 1978. With a very good academic career, she got into the Columbia Law School from where she graduated out in 1984 with a Juris Doctorate degree. Upon graduating, she started to work and landed small jobs here and there, before finally getting into ANC News. At the age of 33, she married to her first husband Michael John Davies, in the September of 1989. They divorced just 7 years later in 1996 and did not have any children. Then, she got into a romantic affair with James Hoge, another editor at the Foreign Affairs. Although it is not sure whether or not they are married together, they have got a son named Spencer Graham McFadden Hoge, and are still together.

With a very active public life, work and career, she has managed considerable time for herself and for other things that make meaning in her life. Besides a successful mother and a good partner, she has also been a source of inspiration and courage to the deprived ones around the world. With a hectic schedule and daily routine, she still managed to go out and play, read or travel with her family and is full of love and respect towards other people. With a big fame to carry around with her, she has a net worth value of 3 million US dollars.

FAQ: What is Cynthia Mcfadden networth in 2020?