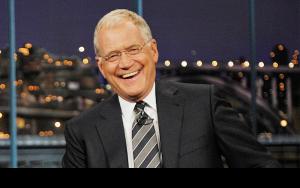 David Letterman is probably one of the most famous names when it comes to American entertainment and Television. He is a television icon, a host, an actor, a director and a producer, writer as well as a comedian; but above all, he is the host of one of the most successful TV shows of all time; Late Night with David Letterman. He is known for his funny and witty interviews with many known faces in the world; and has been a host of the show for 33 successful years. On a list of TV Guide??'?s 50 Greatest TV Stars of All Time; he made to the 45th position, and it is through television that he has got such a massive popularity and fame in the world.

He has got fans and admirers from many different countries around the world, and with more than 3 million followers on Twitter, you can imagine how famous he actually is. His net worth value of 400 million US dollars speaks for itself, regarding the success he has received over the past years. For his work and contributions; he has won or been nominated for many different awards in his lifetime; and is the man to be nominated for the Emmy award most number of times; which is 52. With a couple of Daytime Emmy Awards and four American Comedy Awards, he also has won the Primetime Emmy Awards for 10 times; starting from 1981.

David Michael Letterman was born on the 12th of April, 1947 in Indianapolis, Indiana, United States of America. He was born as the son of florist father Harry Joseph Letterman and his mother Dorothy Marie worked as a secretary at a church. With his mother belonging to German decent while his father from Britain; Letterman is an American by birth. With his interest in collecting cars, he had quite a list of some sports cars and many luxury cars too. He was very close to his father, and in an interview said that “I had never thought about losing him; until I saw him lie in pain with a heart attack”. Harry Letterman eventually passed away at the age of 57, of another heart attack.

He started his career working as a weather news broadcaster in a local WNTS- AM, and later moved on to become a TV host. From 1971, he worked at the Indianapolis 500, which was a regular show on the ABC Sports channel. In 1975, he moved to Los Angeles to pursue a career in comedy writing. He finally ended up as a performer in The Comedy Store and by 1977 starred in CBS’s Starland Vocal Band Show. His popularity started to grow and he was soon seen appearing in shows like The Gong Show, Hollywood Squares, The $20,000 Pyramid etc. From 1980, he started to host his own show The David Letterman Show on the NBC network, and the rest is history.

Regarding his personal life, he has been married a couple of times already. His first wife was Michelle Cook, whom he married in 1969. After 8 years of successful married life, they broke up in 1977 and got divorced that same year. With a few relationships and affairs with women like Teri Garr, Stephanie Birkitt, Bonnie Hunt etc. Currently, he is married to Regina Lasko.

FAQ: How old is David Letterman?

FAQ: What is David Letterman networth in 2020?