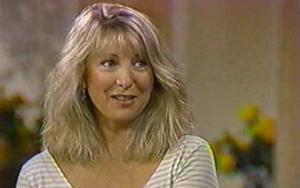 Teri Garr is a retired American actress, singer, and dancer who was born on December 11, 1944, in Lakewood, Ohio. She was born to a vaudeville performer, comedian, and actor Eddie Garr and to her mother Phyllis Lind Garr, who was also a dancer. She has two older brothers and her father's side is of Irish descent while her maternal grandparents are from Austria. She graduated from North Hollywood High School before going on to attend California State University, Northridge. Garr's career has spanned more than 40 years and her resume includes over 140 film and television credits. Some of her early roles include a brief appearance as a damsel in distress in the Monkees 1968 film "Head" which was written by Jack Nicholson.

She began obtaining more attention after meeting Nicholson in an acting class. She once said in an interview, "He wrote the script for Head, so all of us in the class got little tiny parts in the movie." Nicholson would also go on to become a movie star appearing in such classics as "The Shining" by horror author Stephen King. The highly successful actress currently resides in Lakewood, California and has not appeared in a film since 2007.

FAQ: How old is Teri Garr?