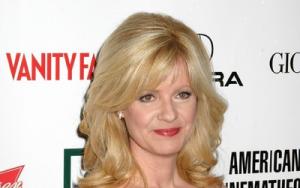 Bonnie Hunt was born in the year 1961 and she is a voice artist, writer, producer, host, director, actress of American nationality. She had appeared in many movies including Cheaper by The Dozen, The Green Milke, Jumanji, Beethoven and Rain Man.Hunt was born in Chicago in the state of Illinois. Her father is Robert Edward Hunt who was electrician and her mother is Alice E Hunt who was a homemaker. The father has origins of Belgian and Irish and her mother is of Polish Descent. She was born with three older brother called Tom, Kevin and Patrick. His brother kevin Hunt, is a doctor and he practices Internal Medicine. She has two sisters who are Carol and Cathy with young sister called Mary. He was raised in catholic family.

From her biography, she attended Catholic Schools and went to St Ferdinand Grammar School before going to Notre Dame High School for girls of Chicago. In the year 1982, she was working like oncology nurse for Northwestern Memorial Hospital of Chicago. In the year 1984, she became the co-founder of improvisational comedy troupe known as Impulsive Thing together with Andy Miller, Holly Wortell and John Gripentrog. She was performing as the member of the world famous Chicago group called Second City and he joined in the year 1986.

In the year 1990, Bonnie Hunt played in the role of Carol Anne Smithson in the movie Grand and she refused to be a member of the Saturday Night Live since the producers did not like the way she liked improvisational style. In the year 1992, she wanted to be a part of the B. J Poteet and she was a replacement of the Julia Duffy for designing Women but she decided to be a co-star for Davis Rules.

Bonnie Hunt got married to John Murphy who is a banker but in one of the Late show with David Letterman, she said that she was a single once again which means she may have divorced her husband. She is a supporter of Chicago Cubs and she never missed the opening day that takes place at Wrigley Field from 1977. She is also a supporter for Multiple Myeloma Research Foundation and she was an Honorary Board Member.

Hunt was on the tape of the Pilot episode called Telepictures. This pilot got approved and her talk show got approved so she started The Bonnie Hunt Show. It started in 2008 in Monday, September. The design of the set was the tribute of Dean Martin and on the pictures on the walls, there were television personalities including the family members of Hunt. Her net worth is estimated to be over 20 million dollars. Bonnie Hunt has collected may items of celebrity guests and she want to hold an auction so that he can raise the money to give to Robert H Lurie Comprehensive Cancer Center based in Chicago.

FAQ: How old is Bonnie Hunt?