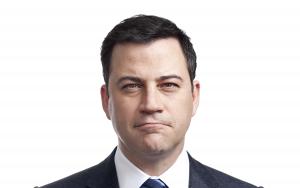 Jimmy Kimmel is an American Television personality, a producer and anchor of the Jimmy Kimmel Live, a writer, comedian, musician, a voice actor and a radio personality as well. He is best known for his late night talk show in ABC, which has been successful for more than 12 years; interviewing many famous people and big personas from different sectors. Previously, he was one of the hosts of entertainment shows like Comedy Central's The Man Show, Win Ben Stein's Money and many others, receiving some popularity before 2003. Apart from his regular work life, he has also set foot as a producer and script writer and has directed as well as produced a couple of shows like The Andy Milonakis Show., Crank Yankers, Sports Show with Norm Macdonald etc. He is a very well-known and popular figure in the American entertainment sector, with a huge number of fans and followers from around the world.

Jimmy was born as James Christian "Jimmy" Kimmel on the 13th of November, 1967 in Brooklyn, New York, United States of America. He was born as the eldest of three children, of father James Kimmel; who worked with the IBM Company and his mother Joana Kimmel was a house wife. Born in a religious Christian family, Jimmy remembers going to church with his family from a young age; where he served as an altar boy. He studied at the Ed W. Clark High School in Las Vegas after his family shifted there from Brooklyn.

As a child, he was of shy nature and didn’t interact much with his class mates; and thus was forced to take part in various inter class curriculum activities. He began to show interest in acting, and would often perform on stage in his later days. After going to college, he joined mass communications and was very active in his college’s radio department. After attending the Arizona State University, he met radio icons like Kent Voss and Mike Elliott which became his inspiration too. His first work as a radio person came in Seattle, when he co-hosted The Me and Him Show for KZOK-FM.

After some success in radio, he started to work along with Ben Stein in Win Ben Stein's Money, a reality game show, which from 1997 began to come out in the Comedy Central. With his personality playing an important part to attract audiences, Ben and Jimmy won the Emmy award for Best Game Show Host. He then went on to produce The Man Show in Comedy Central too. Four years down the road, Jimmy came up with more interesting and innovative ideas.

While some say that he had bad relations with his former partners, other say that he wanted more success. Either way, he started The Jimmy Kimmel Project in 2002, which later became the Jimmy Kimmel Live! From 2003, and is produced by ABC. It is one of the most watched TV show in America, with huge viewers and good ratings too. It looks like Jimmy’s fame along with the show’s admiration is at rise, and his net worth value of about 35 million dollars indicates the same.

FAQ: How old is Jimmy Kimmel?