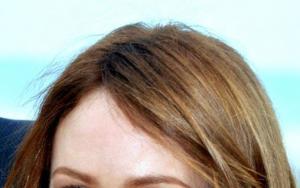 Vanessa Chantal Paradis is a Fresh singer, actress and model. She is famous for her single, Joe le taxi. She is the sister of Alysson Paradis. Her relationship with her former boyfriend, Johnny Depp made her more popular. The relationship lasted from 1998 to 2012. In 1988, she dated Florent Pagny, a singer. In 1992, she started dating, Lenny Kravitx. Later, she was the girlfriend of Stanislas Merhar, a French actor.

She started her relationship with Depp in 1998. The couple did not consummate their relationship in marriage. They have two children. From the beginning of 2012, there were rumors about their separation and in June, 2012, the couple got separated. Since they were not married, there were no legal divorce processes.

Depp stated that his relationship with Vanessa was bumpy, years ago. They did not want to jump into anything for the sake of the kids. The closeness in the relationship mitigated as time passed and now, they wanted each other to be happy, on their own. He got engaged to Amber within 2 years and did not plan to marry Vanessa, even after they lived together for 14 years.

When asked about why he did not take Vanessa to be his wife, he vaguely said that he did not want to spoil her name as he liked her last name. There are a lot of couples who do not change their last name after the wedding.

Soon after the separation, Vanessa started her dating life with Benjamin Biolay, ex boyfriend of Carla Bruni. The couple was introduced to each other by, Karl Lagerfeld. After a few minutes of chatting, they found that there were a lot of things that were common, between them. She started seeing Biolay even before her separation news started to spread. Biolay was not the reason for separation. Depp initiated the separation for Amber.

It was said that Depp cheated on Vanessa long before, with a  stewardess. Julie Ellis is a flight attendant who said that she had a perfect sexual chemistry with Depp and they couldn’t keep their hands off each other. There were a lot of personal pictures taken during this relationship. Vanessa kept silent when this news hit her. Apparently, Julie is a nude model and parties a lot. Depp was attracted to her for her wildness. This relationship did not last for long. It is stated that Depp has already cheated on Amber with an affair with an unknown.

Vanessa said that Depp is not a stable person who would like to settle down and start a family. She did not talk a lot about the separation. There is no proof about the actual reason for the separation. Depp said that the closeness got diminished between him and Vanessa and that’s the reason why he got separated from him.

The kids stay with Vanessa. It is said that Vanessa and Depp have already talked to their children and explained to them in detail, the current scenario. Though the news about Vaness and Biolay is true, there is no proof as whether the relationship would last longer or would take a serious turn for her.

FAQ: How old is Vanessa Paradis?

FAQ: What is Vanessa Paradis networth in 2020?