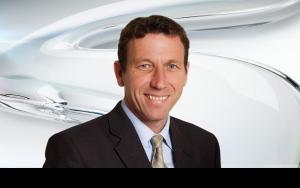 During this time during Michael’s career, England had success against the lower rated teams and there was hope among fans that the team was improving. Yet when faced with stiffer competition from Australia or Pakistan, the team continued to struggle. After five years as captain Michael made his retirement plans public in 2001 revealing that he was unable to continue the game because of a backache that troubled him constantly. This health issue was apparently due to ankylosing spondylitis and severely hampered Michael’s flexibility. Despite all his success, Michael has the unwelcome honor of holding the lowest batting average of any player having scored more than six thousand runs in Test cricket.

After retiring from the game of cricket, Michael decided to pursue a career as a journalist and landed a job with The Sunday Telegraph. In 2002, Michael was approached by Channel 4 and was given the opportunity to become a commentator. Michael worked for BBC Radio as well as TalkSport. Between 2002 and 2005 Michael worked at home and abroad covering all sorts of different matches. In 2005, Michael went to work for Sky Sports. In 2008, Michael also started working as a correspondent. Michael’s career as a broadcaster took him to great heights and he was presented with the Sports Journalist of the Year award which was sponsored by the British Press. The judges noted that bestowing Michael with the award was "a unanimous choice" and praised Michael's writing abilities. They agreed that Michael took on subjects "way beyond cricket" and noted that in doing so "the brilliance of his writing shines."

Michael provided the commentary during the World Cup Matches in 2011. Michael’s commentary is loved by a wide audience and he often performs as Master of Ceremonies during the post-match for international matches in England where he presents awards and interviews players. Michael's commentary is known for its dry wit and often humorous views on the subject of cricket. Michael is able to bring a wide range of knowledge and experience to play during his commentary that is often appreciated by his fans.

Michael Atherton wrote an autobiography in 2012 entitled “Opening Up”. The book contains many charming stories and Michael notes that his early successes were also tempered with humility, noting that for his schoolmates "FEC" did not mean Future England Captain, but rather "Future Educated Captain" with the implication being that he was rather dumb. The autobiography was Michael’s second book. The first book, Gambling: A Story of Triumph and Disaster was published in 2006.

Michael is married to Isabelle de Caires but there is no information available as whether or not they have any children. The current salary of this former cricketer is private and his total net worth has also not been made public.

FAQ: How old is Michael Atherton?

FAQ: What is Michael Atherton networth in 2020?