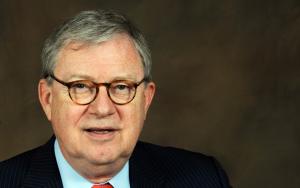 Michael was born on 19 September 1944 and is an American analyst on political matters. He has completed his L.L.B from the Yale Law School and his B.A from the Harvard. His father Charles G Barone was a surgeon and mother Alice Darcy was a teacher. His father was an Italian and mother Irish.

Barone is a reputed Political Analyst for Washington Examiner; he writes a column twice a week and also writes for their blogs. On the Fox News channel, he covers the election related activities. When it comes to his political views, they are conservative. Being an immigrant to the U.S himself, he has a positive view towards people who are immigrating to the country.

His experience includes the following:

·       He is a Senior Analyst on political issues

·       He is the Vice President with Hart Research Associate

In one of his books, he has mentioned that we have to shape America in a manner that we can achieve the desired economic and political development. He has written in his book about the journey of the American economy from the times of Roosevelt till the time of Reagan.

Some of his writings are as following:

·       Also, the Co-Author for The Almanac of American Politics, this is published after every two years, and it is about federal politicians and US governors. His wife’s name was Joan Shorenstein, and she died of cancer after fighting it for ten years.

Barone had predicted that, in the 2012 elections, it will be a victory for Mitt Romney and not Obama. He had even predicted the figures as Obama 223 and Romney 315. He has good knowledge about the national politics and development and history of the country. This’s why he always gave his views about the presidential race. Some of the predictions he made about the states of Florida, Virginia, Ohio and Colorado also went wrong. This was during the presidential elections.

Barone has been a panelist on the McLaughlin Group and has appeared as a commentator and analyst on television shows like Hardball, Today, Meet the Press, Crossfire and Good Morning America.

He joined the U.S. News in the year 1989 and left the magazine in the year 1997. He lives in Washington and has traveled all the 50 states and 435 congressional districts. While reporting, he has visited 51 foreign countries. He has even reported on the elections in Italy, Russia, Britain and Mexico. Barone also worked as Law Clerk to the famous judge Wade McCree from United States. From the year 1974 till 1981, he was the Vice President of the polling firm Peter Hart Research Associates.

FAQ: How old is Michael Barone?

FAQ: What is Michael Barone networth in 2020?