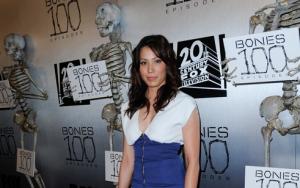 Michaela Conlin is an actress and producer. She was born on 9th June, 1978 in Allentown, Pennsylvania, USA. She stands as 5 feet 8 inches tall in height and weighs 127 pounds. She is of Irish and Chinese descent. Her mother’s name is Denise Conlin who happens to be an accountant and her Father’s name is Fran Conlin who is a contractor in profession. She has a sister and younger one among two sisters. She started her acting carrier acting carrier at a very young age. When she was six, she made her stage debut. While she was in Parkland high school, she made her appearance in many regional productions. She graduated from there and she sharpened her acting skills in regional theatre and community while studying there. Then she decided to pursue her career while she was taking up theatre in New York. The name of the school is Tisch School of Arts. While she was in New York, she appeared in different productions at Atlantic Theatre Company and the Playwrights Horizon’s Theatre school. Later on, she went to Amsterdam in order to study at Experimental Theater Wing’s International Training Program. But her break came when she appeared on a show called The It Factor. It is a reality show that focuses the lives of actors who are struggling to make a career in entertainment industry. Later on she moved to LA and joined the cast of medical series MDs. It was a short lived medical series because it was canned unfortunately by ABC. She also featured in another short lived series called The DA. In this series she acted as a political consultant to the DA of Steven Weber. In 2005, she joined the cast of Bones as Angela Montenegro. But to understand her character better, she attended some painting classes. Because the character needed to have someone who has the training and expertise as an artist. Because of her performance in this TV series, she was nominated for Asian Award for Supporting Television Actress in the year 2008. She is a very close friend of her co-star Emily Deschanel. She also appeared in many movies like Love the Hard Way, Pipe Dream (2002), Threads (2002), Open Window (2006), Enchanted (2007). Among them, her performance in Open window and Enchanted was noteworthy. Like any other celebrities, there have been many rumors regarding her love life. But no one was confirmed concretely and that’s why no one currently knows whether she is dating someone currently or not. She is neither married or has any spouse. Although according to the Sun- Times, very recently she was spotted along with her partner as they were shopping for their engagement rings. However, this woman have lots of fans and most of them are males. As a result of her recent engagement rumor, most of the fans were mourning and were also celebrating at the same time. It is believed that her relationship is attracting attentions as it is heating up. Despite of all the rumors, she is a successful actress and has a net worth of four million dollars. She enjoys watching movies, reading and writing in her free time with her future husband. Definitely she is one of the talented actresses that the entertainment industry has ever got.

FAQ: How old is Michaela Conlin?

FAQ: What is Michaela Conlin networth in 2020?