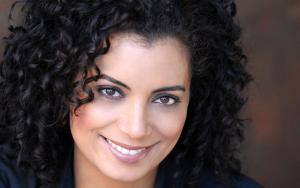 Michaela Pereira is a CNN anchor, who began her career at CHEK-TV in Victoria, British Columbia as host of a magazine show and documentary special.

Michaela Pereira was raised as one child among five adopted children. She came to know about her adoption at a very early age and always wanted to meet her birth mother and father so that she could connect to them. All five siblings are from different ethnic backgrounds. The different ethnicities of her siblings led the television personality to become a strong advocate for the rights of all children. After large amounts of effort, Michaela managed to meet her biological mother. However, after their meeting, Michaela's mother passed away from colon cancer just a year later. She never succeeded in meeting her father but came to find out that she has a half-sister, who she has met, so there was a happy ending to her story after all.

As a student, Pereira attended a public high school in the Cariboo town of 100 Mile House, British Columbia. The school was known as Peter Skene Ogden Secondary School. After graduating in 1998, she became a student at Camosun College and the University of Victoria, also located in British Columbia. She now works and resides in the United States but she still keeps her Canadian citizenship. Another benefit from her multi-ethnic family background is her multi lingual nature. She now speaks Portuguese fluently, aside from English which is her mother tongue.

Upon her college graduation, she started her career as host of a magazine show and documentary special in CHEK-TV in Victoria, British Columbia. At the same time, she made frequent reports on entertainment, weather and sports. After that, she became the co-host of the Internet Tonight show on ZDTV. The nature of the show was to inform the viewers on news, both national and international, as well as to look out for informative, fun and any kind of websites that appeared interesting for the show. When it got cancelled in 2001, Pereira served as a regular host on TechLive for 3 consecutive years until 2004, when she signed with KTLA in Los Angeles.

Her career skyrocketed while working for KTLA in Los Angeles. She gained major popularity from the major network because it was based in the famous city of Los Angeles. She then moved to CNN to become a host of the 'New Day' which was a huge milestone for her career. At CNN, she gave the new generation of viewers a chance to learn about her.

She debuted her new show on HLN, based in Los Angeles. HLN made a big announcement prior to the debut, stating that the new 3-hour show would be called 'Michaela'. Describing the show, HLN said, “Michaela’ is the only national morning news program broadcast from Los Angeles. ‘Michaela’ has an upbeat vibe with issue driven conversation, lively guests, and breaking news. ‘Michaela’ explores the conversation about the people and passion that drive the day’s headlines.”

FAQ: How old is Michaela Pereira?

FAQ: What is Michaela Pereira networth in 2020?