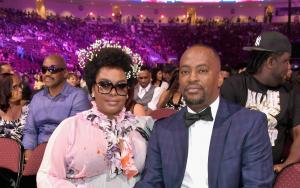 Mike Dobson is famous for being the ex husband of recording artist and musician, Jill Scott. Jill is well known in the R&B industry for her strong powerful voice.

Mike Dobson married into the entertainment industry when he tied the knot with Jill Scott on June 25, 2016. They hoped that their union would be a success after Jill’s previous marriage did not work out. In her first marriage, Scott married her longtime boyfriend, Lyzel Williams. Williams worked as a DJ and artist.

Scott’s first marriage lasted only 6 years. They split in 2009, one month after Scott brought forth their child, Jett Hamilton Roberts into the world. One reason why their marriage failed was because it was built on a weak foundation. They had only been dating for a few months before they got married. Jill hoped that she would not make the same mistake when she married Mike.

Jill’s fan base were shocked when they found about her wedding to Mike because they had no idea that she was even dating someone seriously. During their private wedding service, Dobson said he teared up as he watched his beautiful bride come down the aisle. He praised his guests for coming and told them that they adored and valued them for sharing the special night.

Jill Scott petitioned for legal separation from Mike Dobson in 2017. Their marriage was a big disappointment because it barely lasted one year. Jill told Bossip the reason for the separation was “irreconcilable differences and inappropriate marital conduct that such further cohabitation would be unsafe and improper.”

The media speculated that the inappropriate behavior could be anything from unfaithfulness and verbal or physical abuse to cruel treatment and sexual inappropriateness. The split couple are currently living independently.

Scott had a prenup set up to protect herself. Despite the fact that she acquired land and different resources while they married, she will keep all of her assets if the prenup is upheld by the court. He won't most likely get his hands on any of her riches. Dobson is now jobless and was relying on his famous wife for his income. He had some nasty words for his former lover, “She’s an evil woman. I’m telling you. It’s like what Jill Scott wants, Jill Scott gets. She’s got issues. There’s no men in that family, there’s only women. And when a man comes in, it’s like a challenge.”

Help us Edit this article and get a chance to win a $50 Amazon Gift card.
Last Modified: Apr 13 2020
You may also like
articles you may like