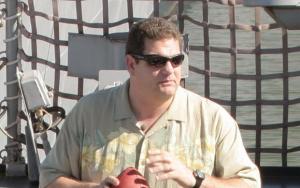 Mike Golic is known as an American sports analyst and former football player. He is most famous for his show, Mike and Mike.

His brother, Bob Golic is an NFL player, who went on to host radio shows. Mike wrestled during his college years.

Mike Golic played in the NFL for 8 years before becoming an analyst on ESPN in 1995. He is now very popular for his show ‘Mike and Mike’. According to remarks from ESPN staffers associated with the last days of the Mike & Mike Show, the mood was not as great as it used to be on the set. This was due to the news of the co-hosts, Mike Golic and Mike Greenberg, parting ways soon. There seemed to be a fractured relationship existing between Golic and Greenberg. The two practically ignored one another thereby creating an antagonistic atmosphere.

FAQ: How old is Mike Golic?