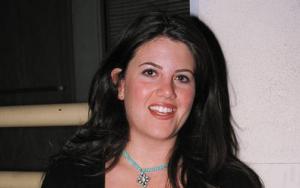 Monica Lewinsky works as an activist, television personality, fashion designer but is most famous for being the former White House intern who had a love affair with former United States president, Bill Clinton.

Monica Samille Lewinsky was born on July 23, 1973 in San Francisco, California. Lewinsky was involved in a regular relationship, prior to the one that got her attention that she could have never imagined.

After graduating from college, she got a boyfriend who worked as a former high school drama instructor, Andy Bleiler. The relationship reportedly started in 1992 and continued even after her getting into the White House and the Pentagon respectively. It was revealed that Andy and Monica were not in a committed relationship. At the time, Andy was married to another woman and he was seeing Monica as his side girlfriend. Unfortunately, for Monica this would setup the media’s future attack against her. Since she was the other woman and two relationships, the media started painting her as a whore and began slut shaming her instead of seeing her as a victim and seeing Bill Clinton as the manipulator who was taking advantage of a young woman.

Secret Relationship with the President

Monica Lewinsky is one of those people who got a rise to fame for infamous reasons. The Lewinsky Scandal became a cultural event with many headlines covering the scandal involving Monica and United States president, Bill Clinton.

Monica won the White House internship during the summer of 1995 and proceeded to be promoted to a paid job a year after she started here employment there. Lewinsky became the beacon of public attention with her confession that she was involved in sexual relations with former US president Bill Clinton. She worked in the White House for a while before being transferred to Pentagon, the headquarters of the United States Department of Defense. The reasons for this move were stated to be for professional reasons. But rumors had spread that influential people inside the White House were aware of the Clinton situation and quietly tried to bring the matter to an end which propelled her move from the White House to assisting the Pentagon chief. They wanted to squash the scandal before the media could get a hold of it and expose it to the public.

The reveal of the secret relationship occurred when her colleague at the Pentagon, Linda Tripp came to find out about Lewinsky’s hidden intimacy with the president and secretly recorded their telephone conversations. The recorded tapes were then used by an attorney named Kenneth Starr to push forward a case. The incident famously became known as the White House Sex Scandal controversy. Although Monica gave a strong statement denying her involvement in any such matter, the water had flown too deep by then.

FAQ: How old is Monica Lewinsky?

FAQ: What is Monica Lewinsky networth in 2020?