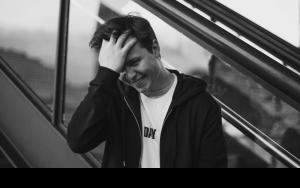 Muselk is an Australian internet personality and video game streamer who was born on November 23, 1994, in Sydney, New South Wales, Australia. His real name is Elliott Watkins but he goes by his gaming moniker Muselk. He prefers playing horror and shooter video games with some of his favorite titles including Fortnite, Team Fortress, Star Wars Battlefront, and Overwatch. Muselk began playing video games at a very young age and in 2012 he created his YouTube channel. His first YouTube video currently has over 13 million views with his second and third videos having over 7 million views each. Muselk streams on the gaming site Twitch as well as uploads gaming videos to his YouTube channel.

He dated a fellow YouTube personality named Hannah who also goes by HyperShamer but the pair reportedly split in 2016. Muselk is also said to have dated a girl named Lynette who was featured in some of his videos. Muselk has a sister named Grace who is also an active YouTuber who uploads vlogs to her channel. Muselk has amassed a small fortune from his video gaming career and is said to earn up to $2 million a year from ad revenue alone.