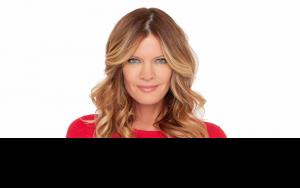 Who is Michelle Stafford?

Michelle Stafford is an American actress, screenwriter, and producer who was born on September 14, 1965, in Chicago, Illinois. When she was a girl, Stafford moved with her sister Janine and her parents to Montrose, California. After graduating high school, Stafford pursued a career in modeling and acting. She was cast in the Fox soap opera "Tribes" in 1990 but the show was canceled 3 months later. Stafford also appeared on stage in two plays by director Charles Durning. She went on to co-star in several small films until she landed the role of Phyllis Summers on the CBS soap opera "The Young and the Restless" in 1994. She continued her role on the soap opera until 1997. She later starred in the 1999 film "Double Jeopardy" with Ashley Judd.

In 2000, Stafford returned to "The Young and the Restless" and remained until 2013. In total, Stafford spent 16 years on the CBS soap opera. Her roles on the show earned her two Daytime Emmy Awards. In 2013, Stafford created her own comedy web series called "The Stafford Project". In 2009, Stafford had her first child, a daughter, using a gestational surrogate. In 2015, she had a second child, a boy named Jameson Jones Lee.

FAQ: How old is Michelle Stafford?

FAQ: What is Michelle Stafford networth in 2020?