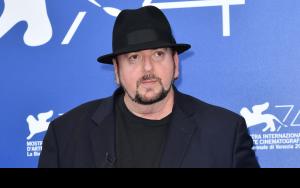 Who is James Toback?

James Toback is an American screenwriter and film director who was born on November 23, 1944, in Manhattan, New York City, New York, in the United States. Toback was born to Jewish parents Selma Judith and Irwin Lionel Toback. His mother appeared as a moderator of political debates on NBC and his father was a stockbroker who formerly worked for Dreyfus & Company as vice president. Toback graduated from The Fieldston School in 1963 and went on to attend Harvard College in 1966. Toback claims to have taken the largest dose of LSD ever taken by a single person. He was intoxicated from the drug for eight days before being given an antidote by neuropsychiatrist Max Rinkel. Toback credits the experience with dissolving his fear of death. He began working as a journalist for Esquire and was assigned to write about football player Jim Brown. Toback later wrote about his experiences with the football player in a book titled "Jim: The Author's Self-Centered Memoir of the Great Jim Brown" in 1972.

Toback went on to teach creative writing at the City College of New York. During this time, Toback wrote the screenplay for the film "The Gambler" which was produced in 1974. He directed his first film in 1978 called "Fingers" followed by "Love and Money" four years later. Toback married Consuelo Sarah Churchill Vanderbilt Russell, the granddaughter of the 10th Duke of Marlborough, but their marriage only lasted a year. He later married again, this time to Stephani Kempf. Toback and Kempf went on to have a son together.

FAQ: How old is James Toback?