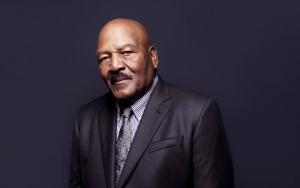 Jim Brown was born on February 17, 1936 in St. Simons, Georgia. Brown is a former American football fullback who played for the Cleveland Browns in the National Football league. Jim brown is often referred to the greatest American football player in the NFL’s long and amazing history. In the modern era, the nod of the greatest is usually given to player like Tom Brady. Before Tom Brady, Joe Montana was considered to be the greatest of all time according to football fans and the football journalists and media. The argument of who the greatest is can lead to a long debate because it’s hard to compare players from different eras. They played under different rules and against different players. Even though the discussion will never have an absolute winner, Jim Brown will always be involved in the debate because he dominated with a lot of force in his playing career.

Jim Brown retired from his football career at the early age of 30. It was a surprising decision because he was so young. If he had played longer, he would have been able to set more records than he already had. If he didn’t stop playing, there would likely be no debate on who the greatest player ever is. He would have been able to leave no questions as he would have just won multiple championships for his team. Some speculated that he begun to get bored with football. Since he already accomplished so much in the sport, his soul started to crave new challenges. For a contemplate and intelligent man like Jim Brown, exerting himself physically and putting on an athletic show was not the only point of his existence. He wanted to prove to himself that he could be more than just a football player.

After his retirement, Jim Brown began to  to focus on his acting career. After playing in the National Football League for only nine years, he was still able to set records that other players would take multiple decades to achieve. Jim Brown’s entry into the film industry started with a bang because he was already a recognized figure. Movie execs would not have to sell him as an actor to the public because he was already in the mainstream field of vision. Jim got some films roles in popular films like The DIrty Dozen and I’m Gonna Git You Sucka. I’m Gonna Git You Sucka was a popular comedy in the 80s that gave viewers a startical comedic look on black exploitation films. Fans of Brown were happy to see him do role in a comedic role. When an actor does well in a comedy, it usually means that they’ll have a good acting range.

Jim Brown was born the son of a professional boxer Swinton Brown and homemaker Theresa. Jim attended Manhasset Secondary school. Apart from football, he held exceptional records in other sports such as basketball, lacrosse, track and baseball during his high school years.

Jim attended Syracuse University in 1954. During his junior years, he rushed for a total of 666 yards. He went on to set many school records. To this day he holds the record for highest rush average in a season and the most rushing touchdowns in a single game which was six. Brown ended his college football career with 132 rushing yards, 3 touchdowns and 3 extra points in his last game before he made the move to the NFL.

FAQ: How old is Jim Brown?