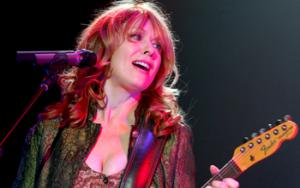 Nancy Wilson is a popular television icon and a Canadian journalist who has been serving the television industry since long year time. She has been an inspiration and an idol to many who aspire to become successful and independent mostly women. Her work reflects her free thinking and optimism. Wilson has been a waving flag of Canada sine she is a globally renounced TV journalist who has established herself a niche in the journalism and TV market. She is an outstanding scholar as well as a famous TV journalist. Nancy Wilson was born and brought up in Ottawa in Canada. She did her graduation at the Queen’s University of Kingston in Ontario. Wilson is the most popular person amidst the Canadians. She excelled in multiple domains such as an anchor, reporter, television host and she appeared in many number of programs in CTV News Channel too.

Some of the programs with highest ratings that Nancy appears are CJOH News in Ottawa, the Global News’s Parliamentary Bureau and CTV’s Canada AM. Nancy served as a reporter and producer for the program House on the Hill for 2 years time. This program pops-up at the CJOH, Ottawa and this show deals with political and social affairs. During the middle of 1970’s, Nancy got some wonderful opportunities to interview some great personalities and many leading politicians in Canada.

Among the many political leaders, Nancy has interviewed Francois Mitterand, Jacques Chirac, Mikhail Gorbachev and Ted Kennedy. Right from the year 1974, Nancy covered each significant federal election positions and also she was playing a significant role in the anchoring desk at Quebec and Charlottetown Referendums. Besides the political icons, Nancy has also interviewed many iconic star images including Martin Sheen, Robin Williams, Sally Field, Daniel Day Lewis and Ricky Martin – the Latin star singer.

Before teaming-up with CBC Newsworld, Nancy gave her active participation at CBC news magazine called The Journal. She examined the respective cause of the Mohawk Warrior Society and closely examined about the Canada’s Health Care System. Besides this, Nancy captured and brought-forth plenty of Canadian Stories such as Meech Lake Constitutional debate, the egression of the Bloc Quebecois and as well the Quebec provincial election in the year 1989.

During the year 1991, Nancy gave her venturous debut entry in the CBC News world in anchoring the flagship show This Country. Besides this, Nancy also appeared in many programs that air in the afternoon hours such as the Newsworld Today in Toronto by the CBC Morning. Also she served as the co-anchor in Politics and scored the solo hosting chance in the program The Money Show – which takes place every week. The Money Show deals with financial conceptions and personal money control too. CSC’s executive bestowed his sincere thanks to the award-winning journalist Nancy Wilson for her wonderful anchoring at the CBC Newsworld’s CBC Morning. Her tremendous presence at the Awards Gala was sensational and she was honored for her excellence too. Nancy most likely preferred to stay at home when she has a chance to stay away from the camera. She loves spending her time at home and she relaxes alone whenever possible. Until now, Nancy has been serving the television industry in an excellent way and moreover she has contributed her intelligence and knowledge to the network channels too. Her style, attitude and exceptional presentation skills has brought her name and fame.

From Dancing to Deadline: The 1970s

Nancy became a “political junkie” when she took a Canadian politics course during her student years at Queen’s. Besides attending lectures by political scientist George Perlin, she had tutorials with economist (and former Queen’s principal) David Smith, LLD’94, and Tom Axworthy, MA’71, PhD’79. “I was bitten by the bug thanks to them,” she recalls.

However, after taking a non-credit course in dance in her final year at Queen’s, the Dunrobin, Ontario native spent nine months with a semi-pro dance troupe in Vancouver. That was long enough for her to conclude a career as a dancer might not be a wise choice after all. “I didn’t have an epiphany,” she explains. However she did begin thinking about the possibilities of a media career. Says Nancy, “I came round to thinking maybe I should knock on the doors of local newsrooms and ask if there were openings for enthusiastic pups.”

Nancy’s year in Terrace yielded the first sound-bites in a broadcasting career that has now spanned more than three decades. She went on to work as a reporter, host and anchor for such major news shows as CTV’s Canada AM, CJOH News in her native Ottawa, and as the Parliament Hill bureau of Global News. She joined the CBC in 1989 when producer Mark Starowicz recruited her for the network’s documentary unit. Her work on CBC-TV’s nightly program The Journal included in-depth documentary segments on such topics as the origins of the Mohawk Warrior Society and on Medicare.

Accompanied by her husband (whom she has since divorced) and six-year-old daughter, Caitlin, in 1991 Nancy moved to Calgary. There she joined Newsworld as the anchor of its prime-time flagship program, This Country. “I thought of it as an adventure, professionally and life-wise,” she says.

Following a two-year stay in Alberta that included plenty of skiing, Nancy returned to Toronto, where she has hosted a succession of programs for Newsworld. Asked to choose her “most exciting broadcasting experience” to date, Nancy picks the 2000 Summer Olympics in Sydney, when Simon Whitfield won the triathlon – Canada’s first gold medal.

Her favourite political interviews have been with former Reform Party leader Preston Manning – “You may not agree with everything he says, but he was an incredibly intelligent, thoughtful politician” – and former Soviet leader Mikhail Gorbachev, with whom she talked when he visited Calgary in 1992. “He was interesting to meet, but because we had to talk through an interpreter, it was harder to develop a rapport with him.”

Prince Philip was one dignitary who left Nancy steaming mad when he appeared on Canada A.M. in 1987 to promote one of his pet causes, the World Wildlife Federation. “He slapped my soundman’s hand when he went to pin the microphone on his tie. Then he was numbingly boring, refusing to give a straightforward answer to even the most innocuous question.” The interview done, His Royal Highness said, “I hope that was okay?” Nancy retorted, “You must be joking!”

She finds her toughest assignments are anchoring the reporting of “a disaster in the making”, such as 9/11 or last December’s terrorist attacks in Mumbai, India. “Professionally, it’s hugely demanding, because you’re never quite sure what’s coming next,” she says.

None of this is quite what she had in mind as a career during her student days at Queen’s or during her brief stint as a would-be dancer. But she’s not complaining about where life has taken her. Says Nancy, “I’m endlessly intrigued with being part of a venture that has such a rapid-response capacity to cover the news.”

FAQ: How old is Nancy Wilson?