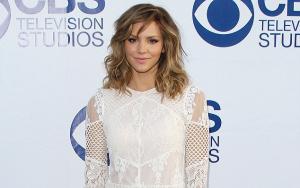 Nick Cokas is an American actor and manager. He is most known as Katharine McPhee's former husband and current business manager. He had some minor roles in Wild Orchid (1989) and Invasion (2005).

Nick Cokas was born on April 11, 1965, in San Francisco. He is most known as Katharine McPhee's former husband and current business manager. He does not own a Wiki page like most celebrities. Nick Cokas is a manager and actor. He had some minor roles in Wild Orchid (1989) and Invasion (2005). Wild Orchid was released in 1989 and starred Mickey Rourke and Jacqueline Bisset. The movie tells the story of a female lawyer who becomes attracted to a millionaire in Rio. Their relationship is described as highly erotic and dangerous. Even though the movie was a success, it was not so remarkable for Nick. He also got a small role in the TV series Invasion.

Nick Cokas' name is highly related to his former spouse Katharine McPhee and because of their divorce. They married in Beverly Hills in February 2008, when Katharine was 23 years old. They have been involved since 2005, and after three years of being girlfriend and boyfriend, they decided to take the relationship to the next level. Their marriage lasted for six years. In May 2014, Katharine filed for divorce.

After working as an actor and helping to manage his ex-wife's career, Nick turned his focus toward working as an entrepreneur. In January 2006, Nick co-founded the McPhee Outreach, aka The You Effect. He also served as the director of the outreach. Nick and his then ex-wife Katharine founded this outreach. Nick still works as the director of the McPhee Outreach. He also was responsible for the Tech, Marketing, and Entertainment department of Straight Edge LLC. He has been working for this company for over ten years now.

Furthermore, Nick and his ex-wife worked hard for many social charities while they were married. They were responsible for building two schools in Burkina Faso's capital city, located in West Africa. They then created the Rhythm of Hope music program, which benefited sick children. In 2012, they traveled to West Africa to offer much-needed educational resources to children who went without.

Even though Katharine and Nick are divorced, the two appear to have a friendly relationship. Nick is employed as Katharine's manager, and he intends to work in that role until his contract ends next year.

The divorce increased Nick's net worth because he got half of most of his wife's earnings. In this case, Nick will get half of the money Katharine received for her two seasons of Smash. He will also receive $350.000; this amount represents half of her music contract with Columbia/Epic Records. Also, he is entitled to half of the earnings that his wife collected when they were husband and wife. On top of that, she has to pay spousal support, which will be $400.000 a year. Or, she can pay him every month $33.333 a month. She has to pay her husband $102.616 for other expenses. He can keep the 2013 Jeep Wrangler while his former wife keeps the 2012 Mercedes Benz M Class SUV.