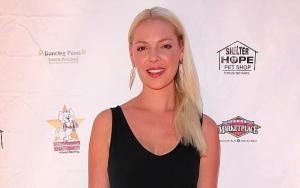 Cheryl Ladd is known as an American actress. She is most famous for her role as Kris Munroe on Charlie’s Angels.

Cheryl Ladd was born on July 12, 1951 in Huron, South Dakota. Her real name is Cheryl Jean Stoppelmoor. She is the daughter of Dolores and Marion Stoppelmoor. She came from a modest family, her mother was a waitress and her father was a railroad engineer.

At first, Cheryl pursued a career in music. She was the singing voice of Melody, an animated character from Josie and the Pussycats. At that time she was known as Cherie Moor. After this role, she took part as a guest in some TV series like The Rookies, The Partridge Family, and Happy Days. She became famous after she was included as a cast member on the TV show Charlie’s Angels.

She took advantage of the fame she gained and pursued further in her musical career. She sang the National Anthem during Super Bowl XIV in January 1980. She also released three albums that made it to Top 40 Billboard Hot 100 Single and gained her a Gold Record. She received the lead role in a Broadway show, Annie Get Your Gun replacing Bernadette Peters.

During her acting career, Cheryl has appeared in more than 30 movies. She had big roles including a performance as Grace Kelly, the Hollywood glamour girl who became a European Princess. Her list of movies includes Purple Hearts, Millennium, Poison Ivy, and Permanent Midnight.

Between 2003 and 2008 Cheryl Ladd played the lead character’s Ed Deline's wife, Jillian Deline, in the TV drama Las Vegas. In 2008 the show was canceled.

In 2010 Cheryl got a role in Love’s Everlasting Courage movie. Produced by Hallmark Channel, the movie aired on October 1, 2011. She also appeared in an NCIS episode from the ninth season in October 2011. In December she appeared in one episode of Chuck.

As a result of her hard work, in 2010 she received together with Jaclyn Smith the 2010 TV Land Pop Culture Award for their parts in Charlie’s Angels.

Even though most actresses retire after a certain age, Cheryl is still active in the movie industry. In 2014 she appeared in some TV series: The Perfect Wave and Anger Management. In 2015 she took part in Ray Donovan and Garage Sale Mystery: The Wedding Dress. 2016 was a big year for the actress; she starred in The People v. O.J. Simpson: American Crime Story. She also had roles in two other movies: Unforgettable and Camera Store

As a writer, in 1996 Cheryl Ladd published a children’s book, The Adventures of Little Nettie Windship. Her passion for golf met her writing skills and resulted in a new book in 2005, Token Chick: A Woman’s Guide to Golfing With the Boys. This was more of an autobiographical book. Sponsored by Buick, Cheryl Ladd hosted a golf tournament.

Cheryl Ladd married an actor named David Ladd and she gave birth to a daughter named Jordan. After she got a divorce from David Ladd, she kept her surname and remained known as Cheryl Ladd.

She remarried in 1981 with music producer Brian Russell. Brian also has a daughter from a previous marriage named Lindsay Russell. The two of them met back in 1974 when Cheryl was pregnant with her daughter Jordan. Cheryl Ladd and her husband Brian Russell have been married for more than 30 years. Since they have both been divorced before, they think that a long marriage depends on whether or not you found the right person. They also say that they knew they were right for each other because “they look through the same window”.

FAQ: How old is Cheryl Ladd?