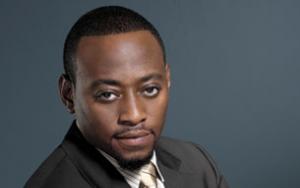 Epp's most fantastic role and the one that got him most of his fame, attention, and audience was when he portrayed the character of "Dr. Dennis Gant," who was a surgeon residing in the hospital and caught in the everyday pressures of the emergency room in "ER," NBC's popular medical drama. Epps, later on, credited his national fame to his role on "ER" since it had an enormous number of viewers that could reach about 40 million.

Like any other celebrity, Omar Epps has been in many relations. His first relationship was with Keisha Spivey. The two dated for a brief period back in 1992 until they tragically broke up. Although their connection did not last for long, Omar had always described Keisha as "The one that got away" cause however much he tried to forget her over the years, he never managed to. After he broke up with Keisha, the love of his life, he got into another relationship with his co-star from "Love and Basketball," Sanaa Lathan. Their relation didn't last for long and ended in 2003. In 2001, Omar went through his first and only divorce from Yousra Salama; it was his first time getting married.

In 2004, surprisingly, after all those years, Omar and Keisha got reunited once more. It was around the time when their first baby daughter, as a couple, K'Mari, was born. In 2006, the lovely couple got married, and only one year later, in 2007, they received their second baby, a son whom they called Amir. The two live happily ever after with their daughter K'mari, their son Amir and Alyanna Yasmine, Omar's daughter from his first marriage.

FAQ: How old is Omar Epps?