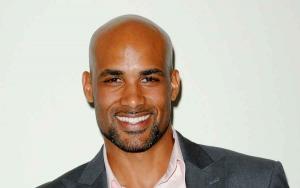 Patrick Kodjoe is known as an American entrepreneur. He is most famous for being the co-founder of the famous custom-tailored and handcrafted clothing company World of Alfa. He is also known as the younger brother of Austrian born American actor, Boris Kodjoe.

Patrick is married to Nicole Kuykendall Kodjoe. She is the director of operations at Houston based Icon Real Estate. When Patrick is not managing World of Alfa, he likes to spend time with his beautiful wife and children.

Patrick came up with the idea of World of Alfa in 2010. Although the business runs under the wise supervision of other partners as well as his brothers, the vision of the company is inspired by Patrick's teen days of fashion confusion. Patrick says it was really difficult for him to land fitting clothes as a tall and lanky teenager growing in Europe.

His teenage days of being unfashionable influenced him to develop a better clothing sense of style. Ultimately, Patrick decided to start a custom clothing business after his pro basketball career in Europe ended because of severe injuries.

Starting a business from scratch was not an easy task for Patrick. Making his business successful not only required a definitive mission and vision but also a sound network that was earned by precious connections and years of experience.

Patrick traveled all over the world for three years before starting his business. During this period, he not only earned stakeholders from the fashion, textile, and manufacturing industry but also created his company's mission, vision, and advertising plans.

Patrick says the company's most successful marketing technique has been mouth to mouth marketing. According to Patrick, his customers are satisfied with the multiples choices his company provides at affordable prices. Patrick is happy that people can now get exactly what they want because of their mass customization focused company, which not only enhances the creativity of customer but also serves more product design elements to choose for, in comparison to someone's personal tailor.

His successful advertising campaigns have been made possible because the proud company is powered by its 3D interactive product design web pages. More importantly, Patrick says he desires to make the company an international brand one day.

Patrick believes in giving back to the community and motivating youths. Patrick has participated in various noble causes like UNCEF Empower Me Tour, a program created to empower young people, motivating them toward academic excellence, personal and fiscal responsibility.

FAQ: What is Patrick Kodjoe networth in 2020?